The Open Source Beehives project is a network of citizen scientists tracking bee decline. We use sensor enhanced beehives and data science to study honeybee colonies throughout the world. All of our technology and methods, are documented and made openly available for anyone to use.

The primary goal is to determine the cause(s) of bee decline, to identify potential solutions, and to encourage networks of concerned citizens to study and redress the issue through the use of digital technologies in fabrication and information. The project is founded on the belief that open source innovation is the most direct way to address our global problems, and therefore, the software, hardware, data, and methodologies used by it are the perpetual property of the public domain.

Over the past two years a distributed team of developers have produced two open source beehive designs; the Colorado Top Bar and the Barcelona Warré. Either hive can be freely downloaded, installed to a CNC router machine, and cut from a standard 4×8 sheet of material, such as plywood. The fabricated pieces are flat-packable and slot together without the need for screws or glues. Both hives have been designed around natural beekeeping methods to lower stress factors on the colony, minimise exposure to artificial materials, and allow the bees more control over their living environment. 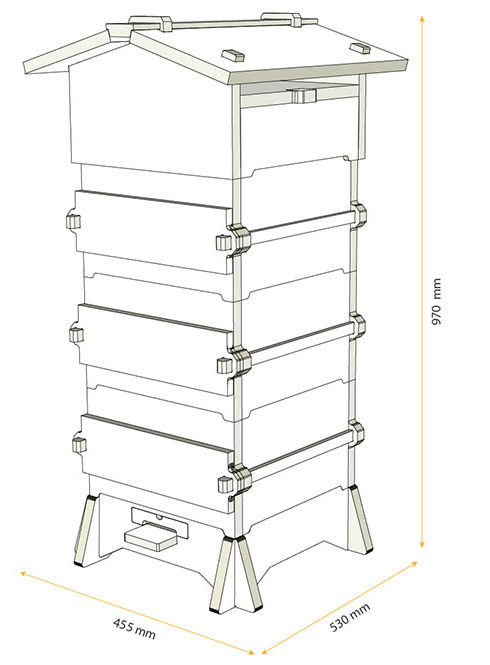 Our designs use an open source licence (CC-BY-SA) so anyone can download, improve, and change them to fit their particular needs. The only rule is that you share these new designs under the same open licence so anyone can use and improve them. You can download a hive and build one yourself, or buy one from us. All monies received go towards supporting the Open Source Beehives project. 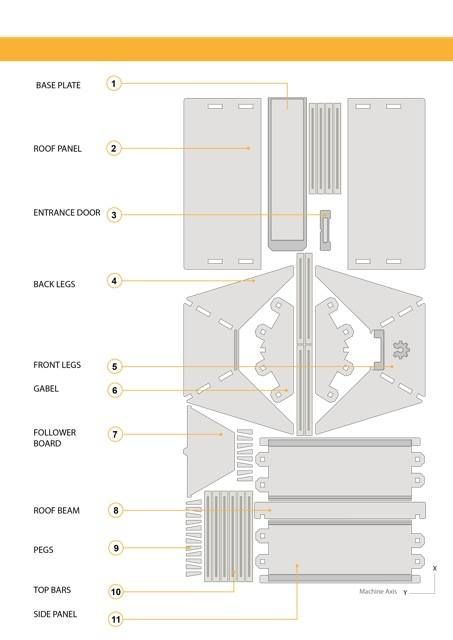 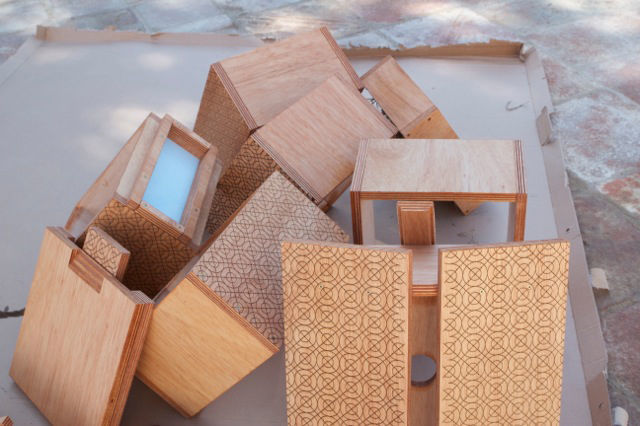 The Open Source Beehives project is developing a sensor kit that will allow users to monitor bee colony information and upload the data to the an online repository called the Smart Citizen platform. All generated data will be viewable and downloadable by anyone. Accurately monitoring a super organism such as a bee colony is complicated, so we are releasing versions of our sensor kit on an iterative basis. The first Alpha Kit is being developed with audio, temperature, infrared, and humidity sensors. Later versions will include VOC sensors to monitor for foreign chemicals, scales to monitor honey production, and web cameras to give visual information about the colony.

Our sensors are being developed by a distributed team of collaborators. If you have skills in electronics or programming and are interested in helping develop our sensor kit, please contact sensors@opensourcbeehives.net. 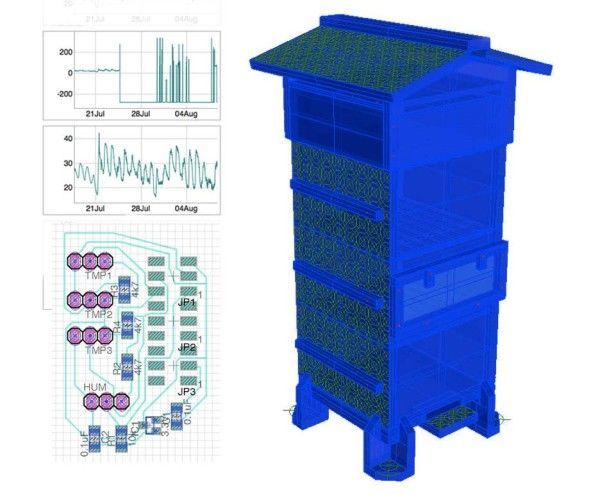 The project now has more than 60 hives either built remotely or ordered in over 20 countries.

Two sensor-enhanced beehive projects were initiated independently in 2013, one at the Fab Lab Barcelona Fab Academy by Jonathan Minchin, John Rees, Ferran Massip, Annemie Maes of OKNO Brussels, Hangar Barcelona and the University of Barcelona. The other by Tristan Copley-Smith and Aaron Makaruk. The two projects finally joined together to form the Open Source Beehives project (OSBH).