As the second stage in our EU funded ‘Made@EU’ Creative Europe project, we are offering a number of subsidized residencies for creative professionals to develop projects that explore the integration of 3-D digital fabrication systems into their processes of design and production, to realize a new outcome.

The objectives of these residencies is to give selected applicants sustained access to appropriate traditional and digital workshop and technical support processes to enable participants to develop a project that creatively investigates the potential offered by digital ‘maker’ technologies and to explore how these new processes might integrate with their existing methods and workflows.

An ‘Intelligent Guerilla Beehive’ is a functional sculpture, a shelter that provides a home for swarming bee colonies. The work focuses on the architecture of the beehive as a organic sculptural object.The biomimetic-inspired design (in form and matter) is shaped upon the needs of the bees: it has the the ideal inner volume for a developing colony, it is mobile and easily deployable on different spots in public space : e.g. attached to the wall of a building or secured on the branch of a tree - or the objects can find a place as a stand-alone sculpture on the terrace of a city apartment. The objects are made out of smart organic materials with useful biomimetic properties in reaction to temperature fluctuation, humidity and ventilation. Once the colony decides to leave the hive, the object should fall as a rotten apple from a tree and decompose completely. It has to be a cradle to cradle design. In a second phase, I would like to add bio-sensors (e.g. for measuring the temperature inside/outside) incorporated in the 3D-printed skin. The sensors give the intelligent sculpture a futuristic view, and make it entirely appropriate for a non-intrusive observation of the bee colony as well as the monitoring of the environment. Microbial fuel cells, fed with organic waste from the beehive, will power the sensors. Once realised, these sculptural prototypes are a perfect blend of biodegradable materials and green technology.

Nowadays Anne Marie Maes is part TRANSMUTATIONS the residents exhibition of the Wissenschaftskolleg zu Berlin with her installation The Raw and The Cooked. With this installation, a part of the – , she tests our knowledge of visual perception and smells of a range of materials. In very simple objects she shows us the undiscerned beauty that surrounds us and she celebrates the cycles of material interactions, a rhythm in the process of making where the arts meet nature.

Elastica is a wearable suit , developed with low cost, DIY embroidered stretch sensors that functions as an interface for the performer, augmenting his body, creating sound and data visualisation. Through the use of E-textile and conductive threads, the body biometrics allow performers to capture data of their behaviour, enhancing how they engage with a external environment.

After a study on the anatomy of the body and the expansion of the muscles, the stretch sensors are integrated to a tailored suit that through Wifi communicates with MAXmsp interface to generate audio/visual output.
Elastica becomes an interface instrument for the performer, creating real-time dialogue between fashion and dance, wearable technologies and data visualisation.

Liquid series rises from an abstract idea of how can an object with a great physical strain can momentarily liquefy and blur its spacial and physical characteristics through a visual game. In this line of research, the geometry of the object takes the form of the truncated polyhedron. This truncated polyhedron enigmatically appears in an engraving of 1514 called Melancholia I, made by the famous German Renaissance artist, Albrecht Dürer.

For a long period, theorists,
mathematicians and art historians are trying to
interpret the symbolism of the composition, where the objects related to geometry or mathematics, such as
a sphere or this polyhedral shape that seems so interesting, are carefully introduced with diverse
objects and main characters.

In Melancholia I, the object consists of the
physical sculptural recreation of the truncated polyhedron, where the different states of matter are narratively revealed to the viewer’s senses. This narration is achieved by the object rotating at its axis and augmented by projection mapping.


The second part of the series, Melancholia II, the geometry itself breaks into two pieces, deforms and generates new shapes, distorts and comes back to its reconstruction.

On June 2nd, Román Torre has been awarded by Telefónica I+D and LABoral with NEXT THINGS 2016 VISIBLE award.

The Robot’s secret is a project that seeks to reply to the digital era of mass customisation by blending traditional crafts and technology. Can we create platforms for open design and make them accesible to everybody? Can the creative process be participatory and democratised?

Traditional carving tools and a hot wire cutter are attached on 6 axis industrial robot that follows a path to carve ceramics and give traditional craftsman a new design tool for fabrication.
The Robot’s secret works on the idea of materialising the invisible sound waves into touchable ceramic pieces. The sound input generates the robotic movement, leaving its trace on the ceramic piece.

“Batuque” is a performance inspired by the Afro-Brazilian faith Candomblé. In this belief the entities are represented by people wearing specific clothing as part of a ritual that transposes them into another dimension. The name “Batuque” is used to refer to the religion, especially before the 19th century and is also the Brazilian word associated with percussion instruments and with african roots. In this performance the wearer becomes a sort of creature or entity that has an extra sense. Its skin senses the surround sound and reacts to it accordingly, with movements and vibrations. The garment uses sensor technology and digital prototyping techniques, such as 3d printing and laser engraving, to create a magical and enjoyable experience. 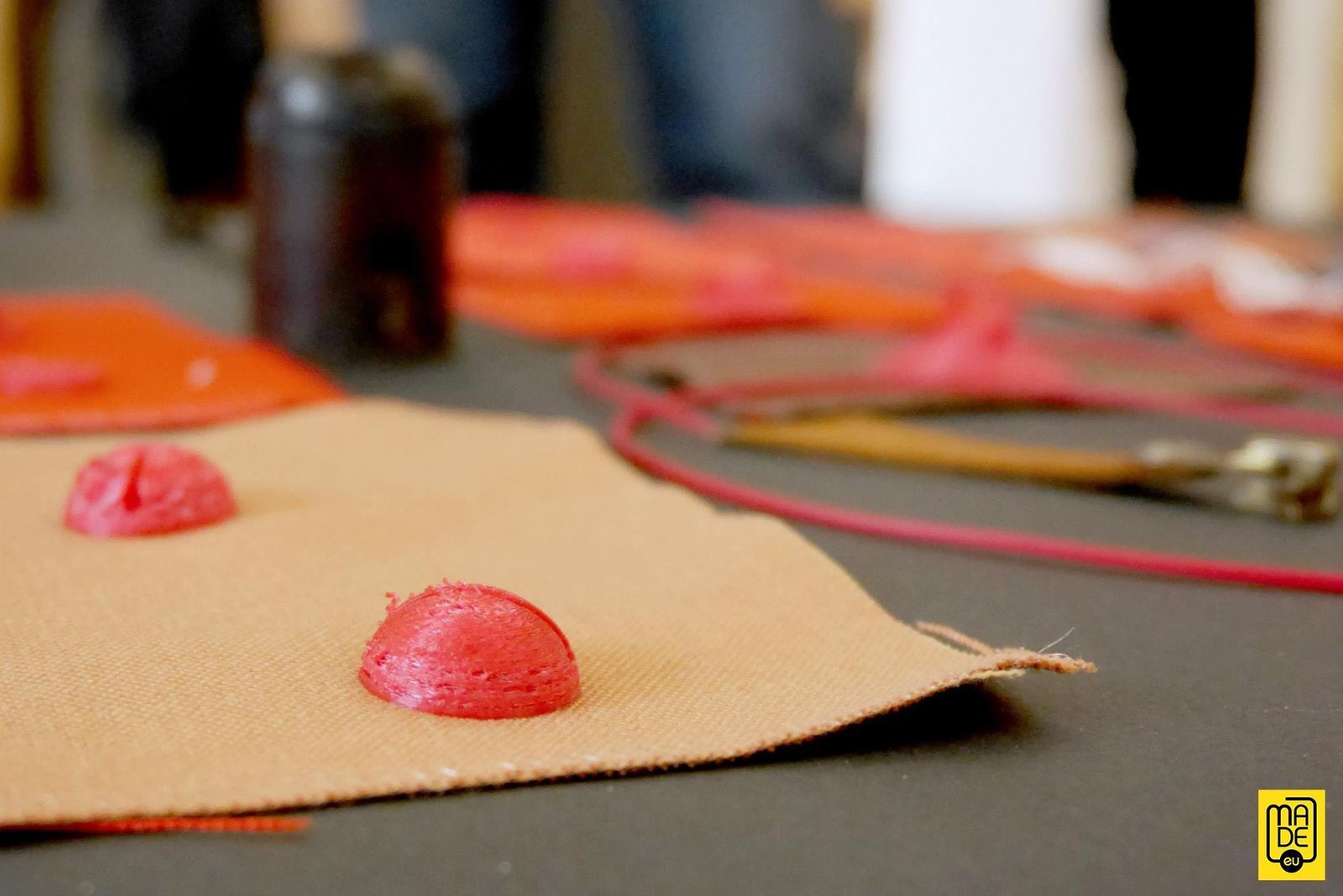 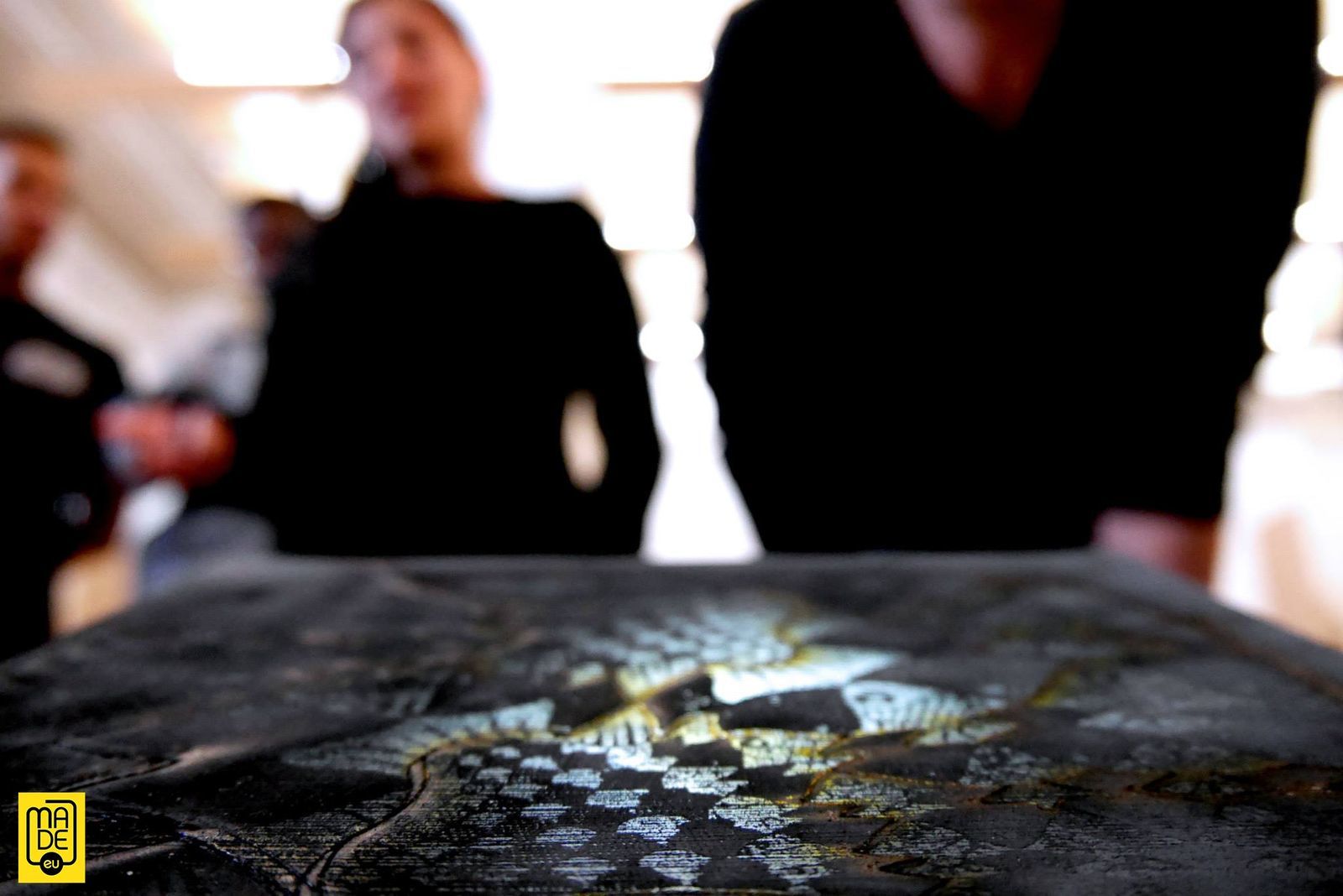 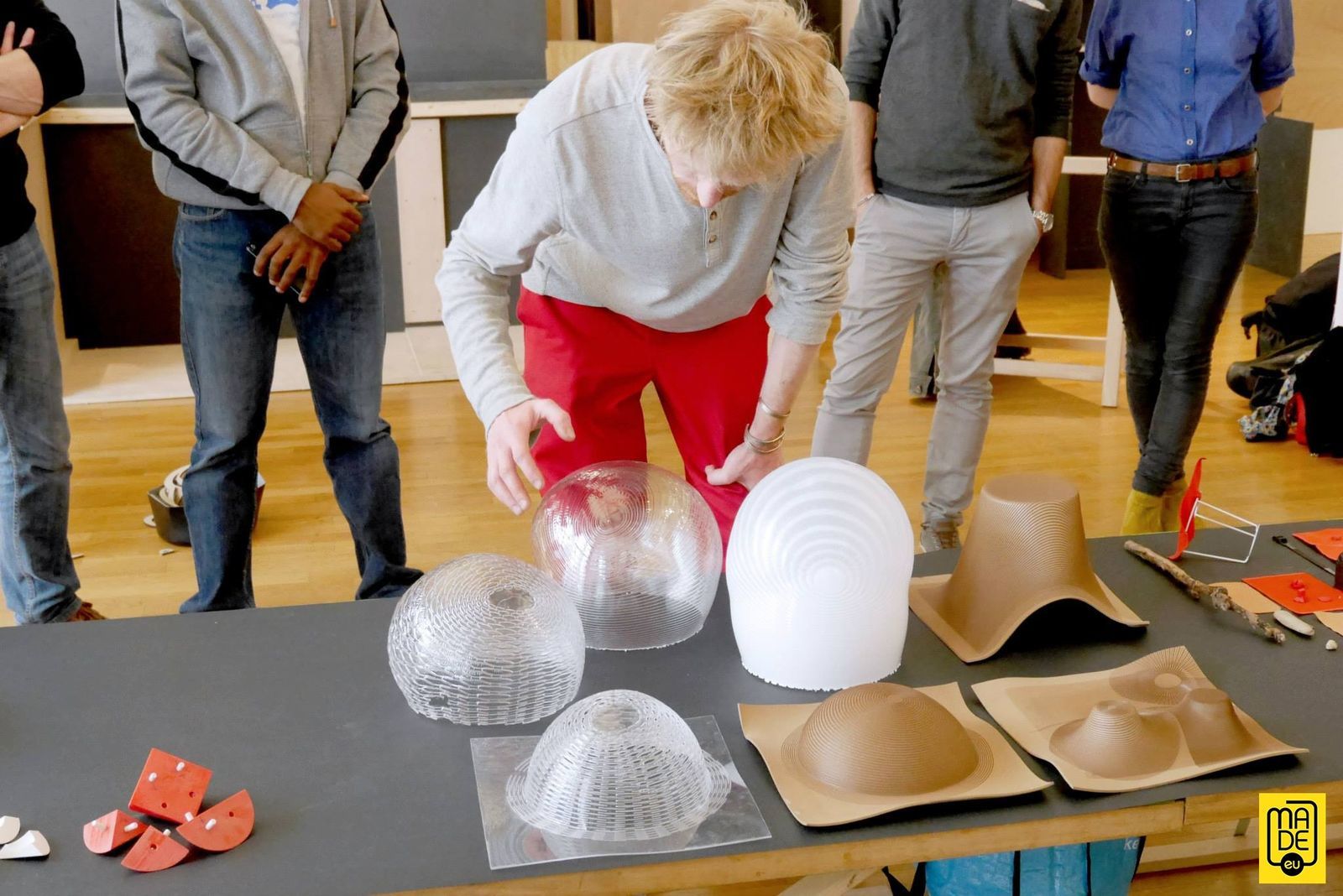 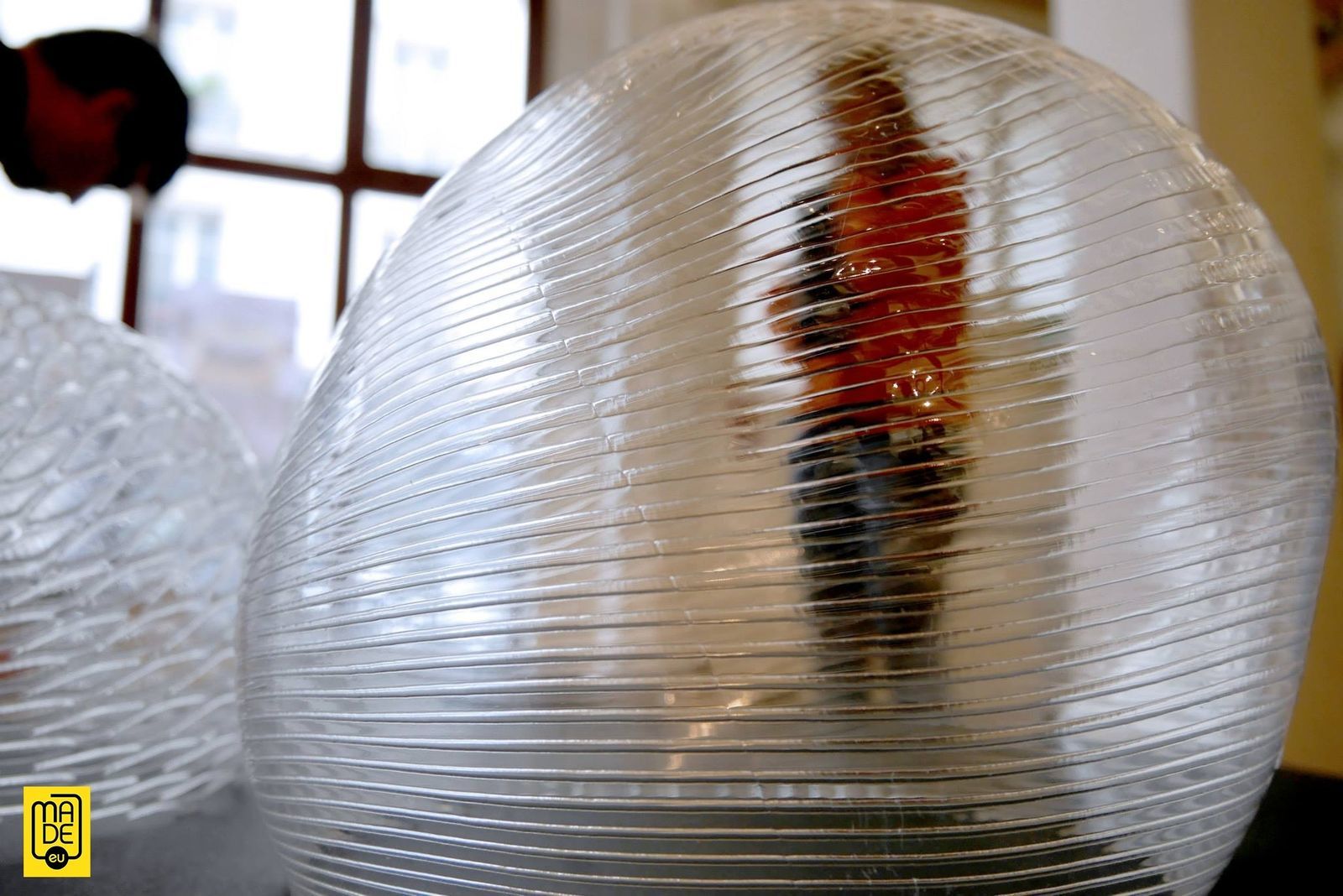 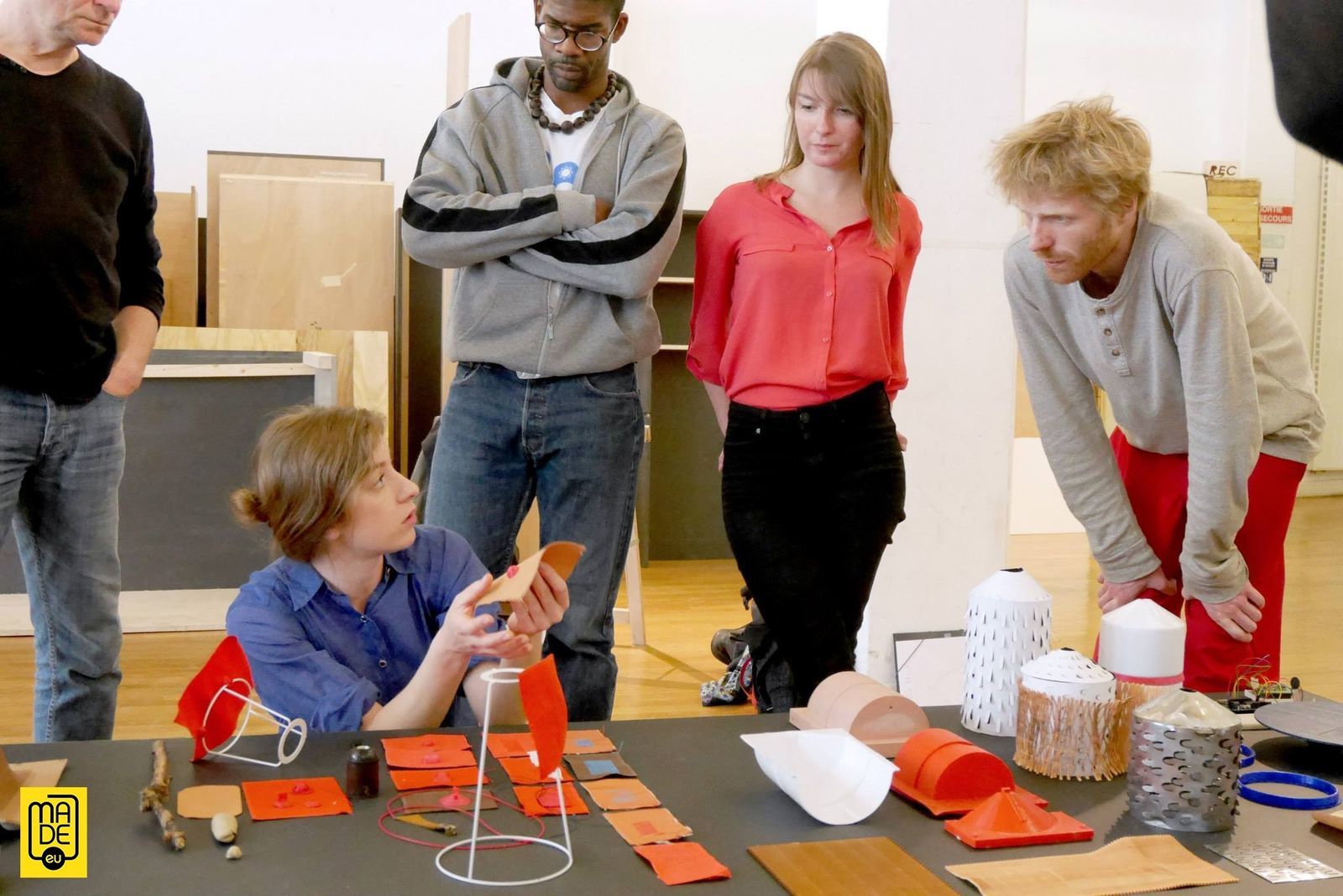 At the same time, artists are starting their residencies in Paris. To show the public the result of this work, a digital platform will bring together all the projects of the three European partners and the Made@EU exhibition, organized by ENSCI-Workshops will take place at 48 Rue Saint-Sabin, 75011 Paris. 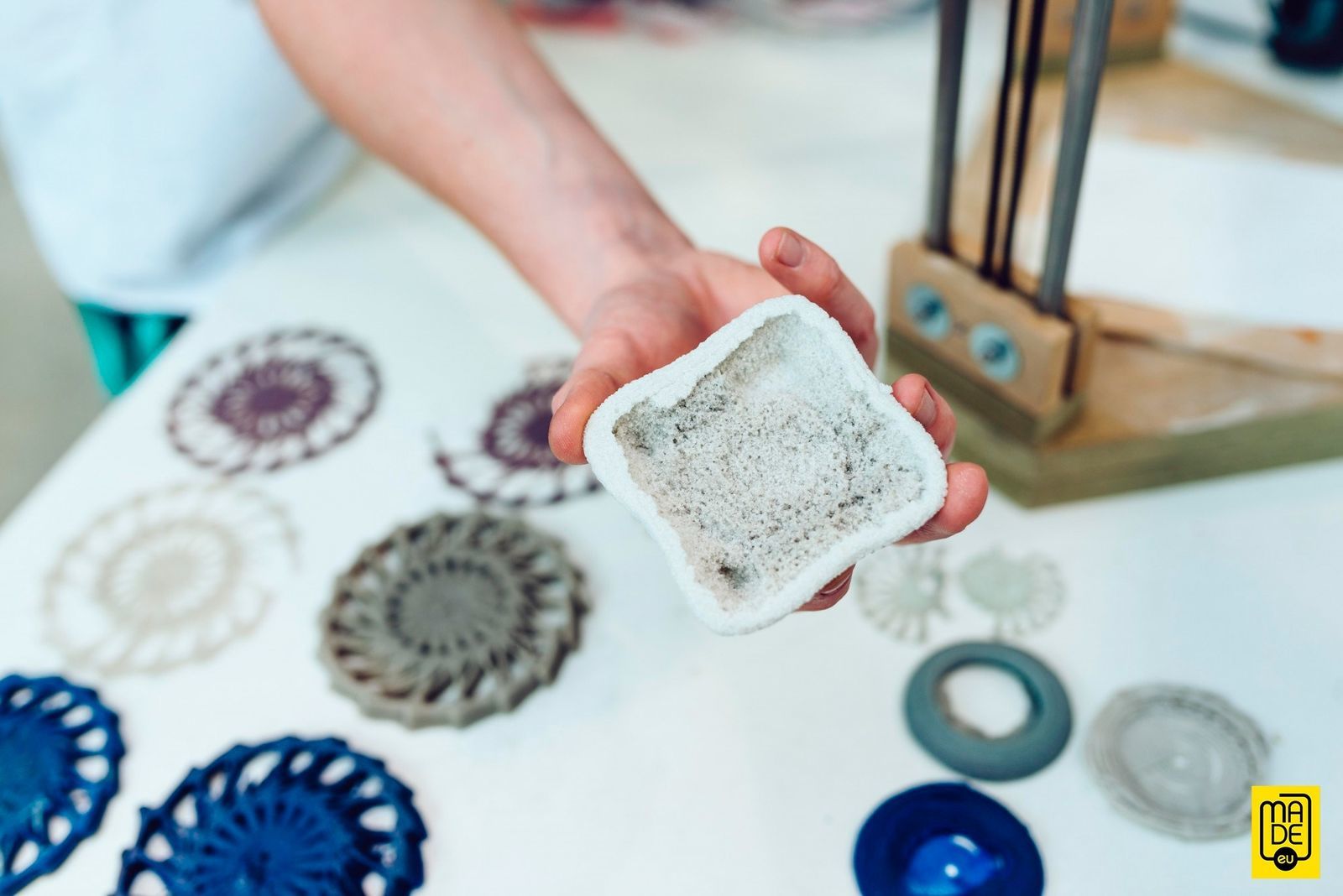 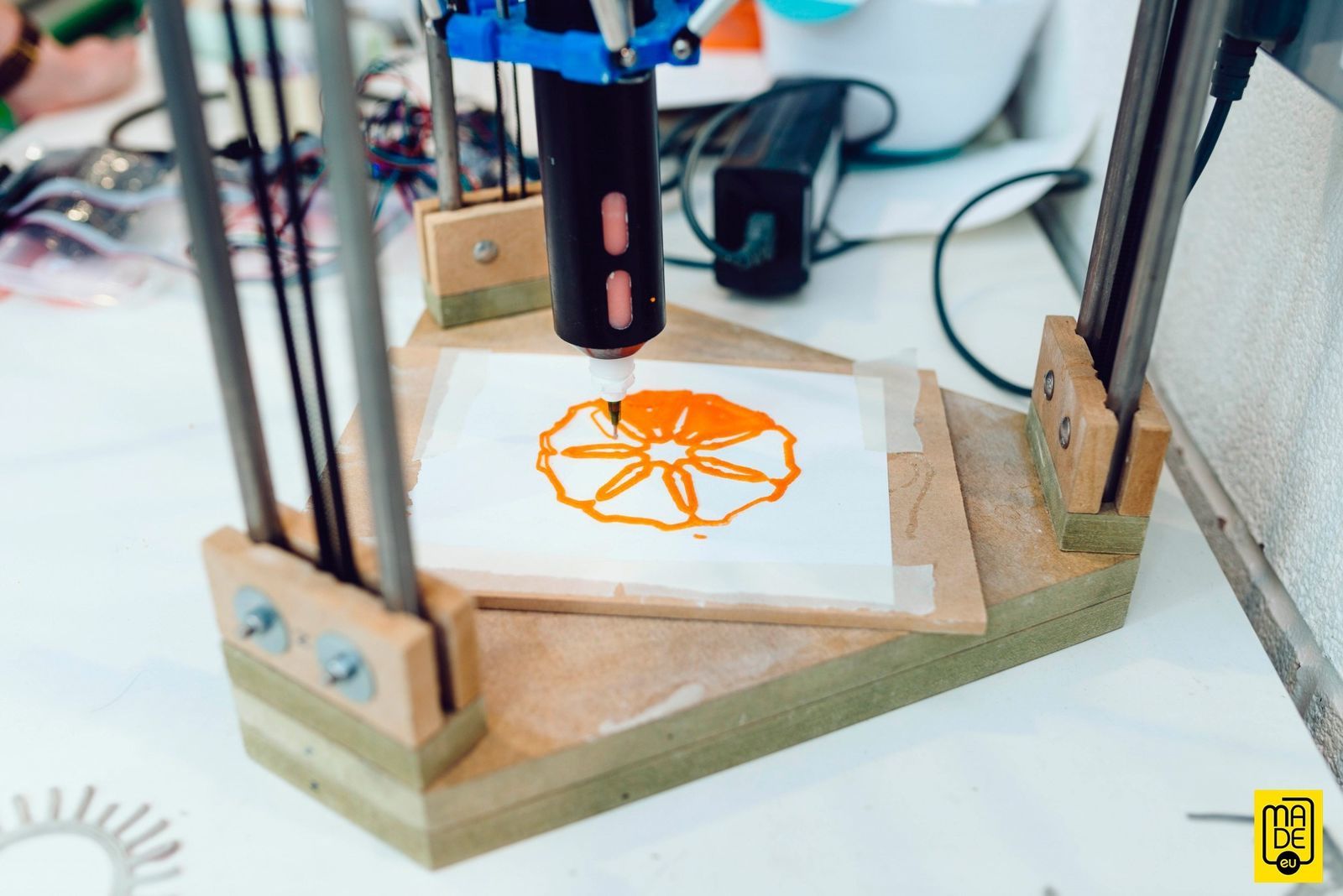 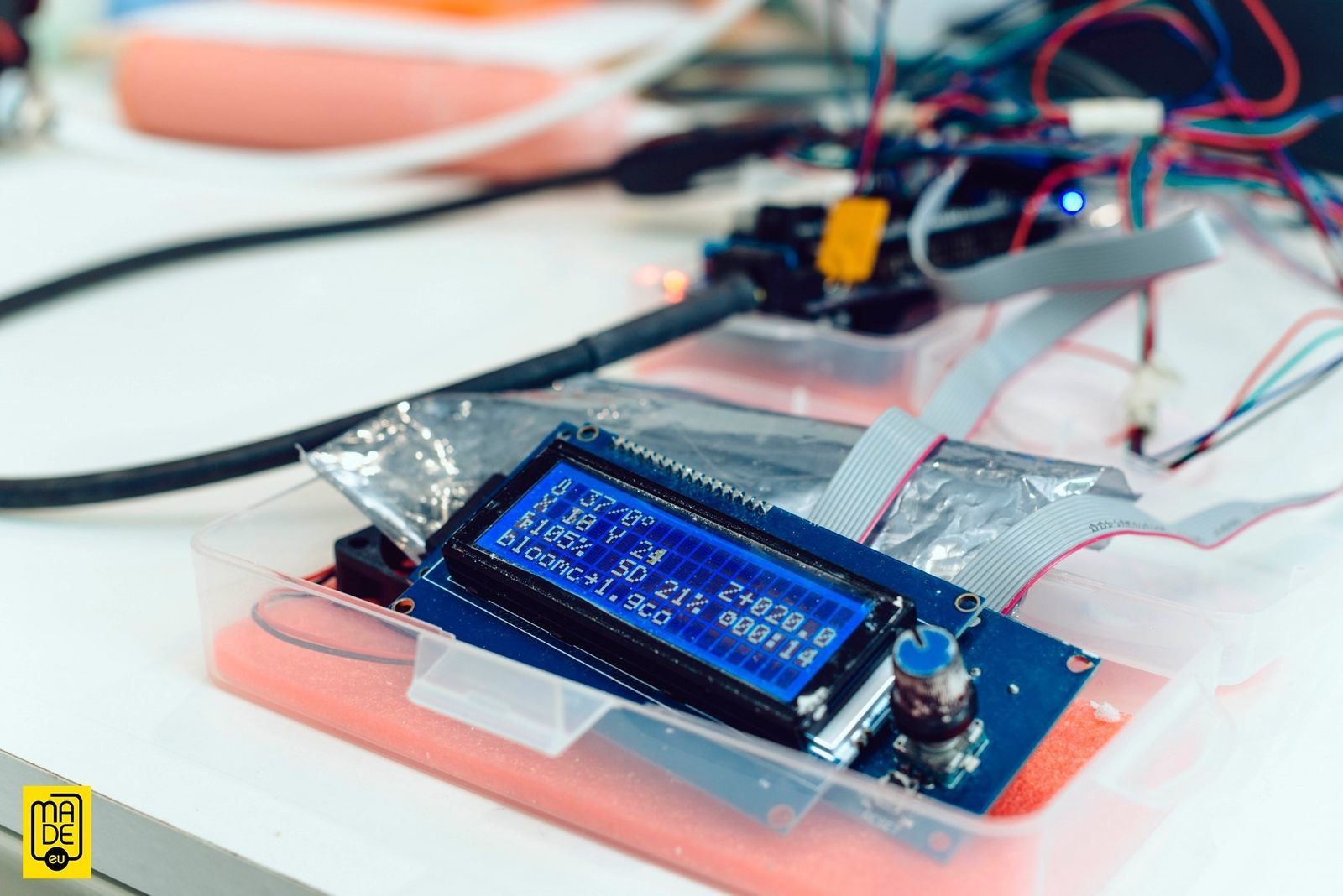 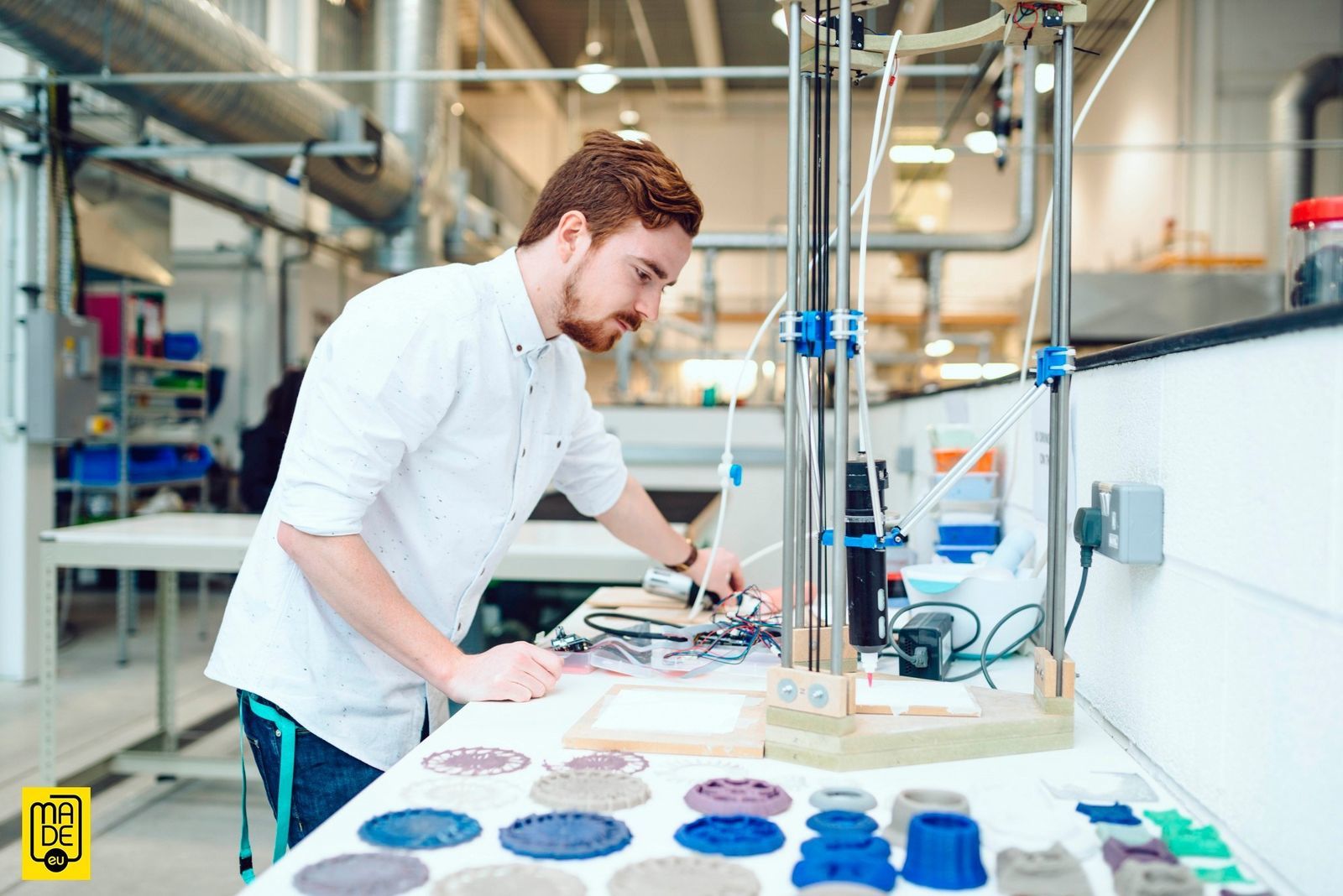 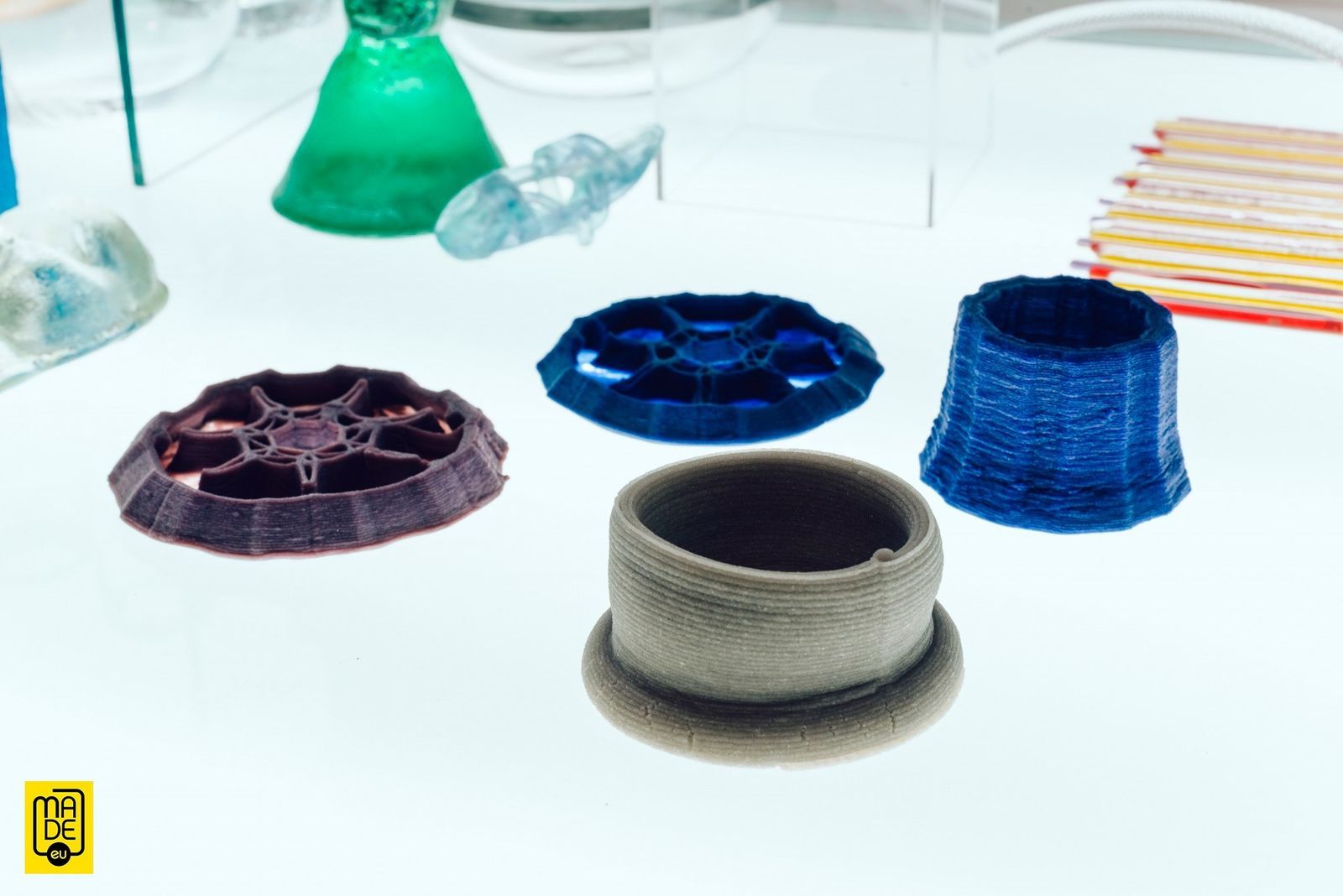 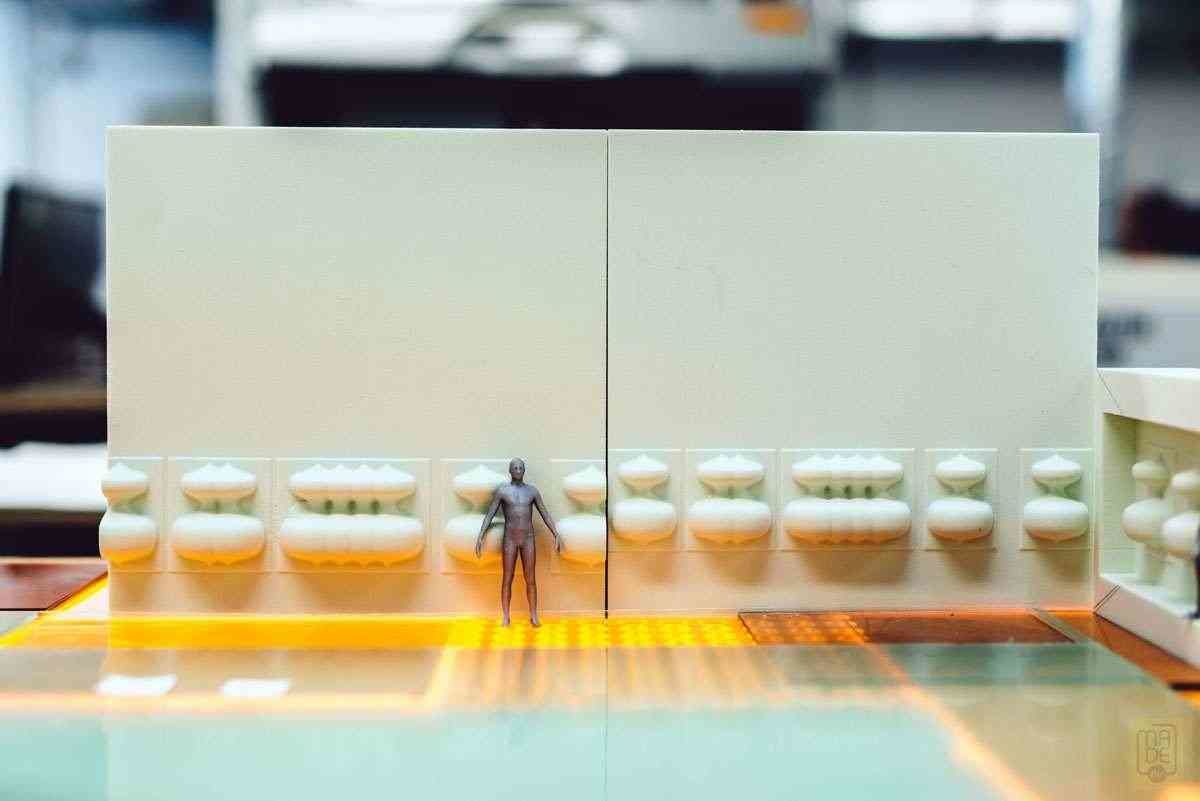 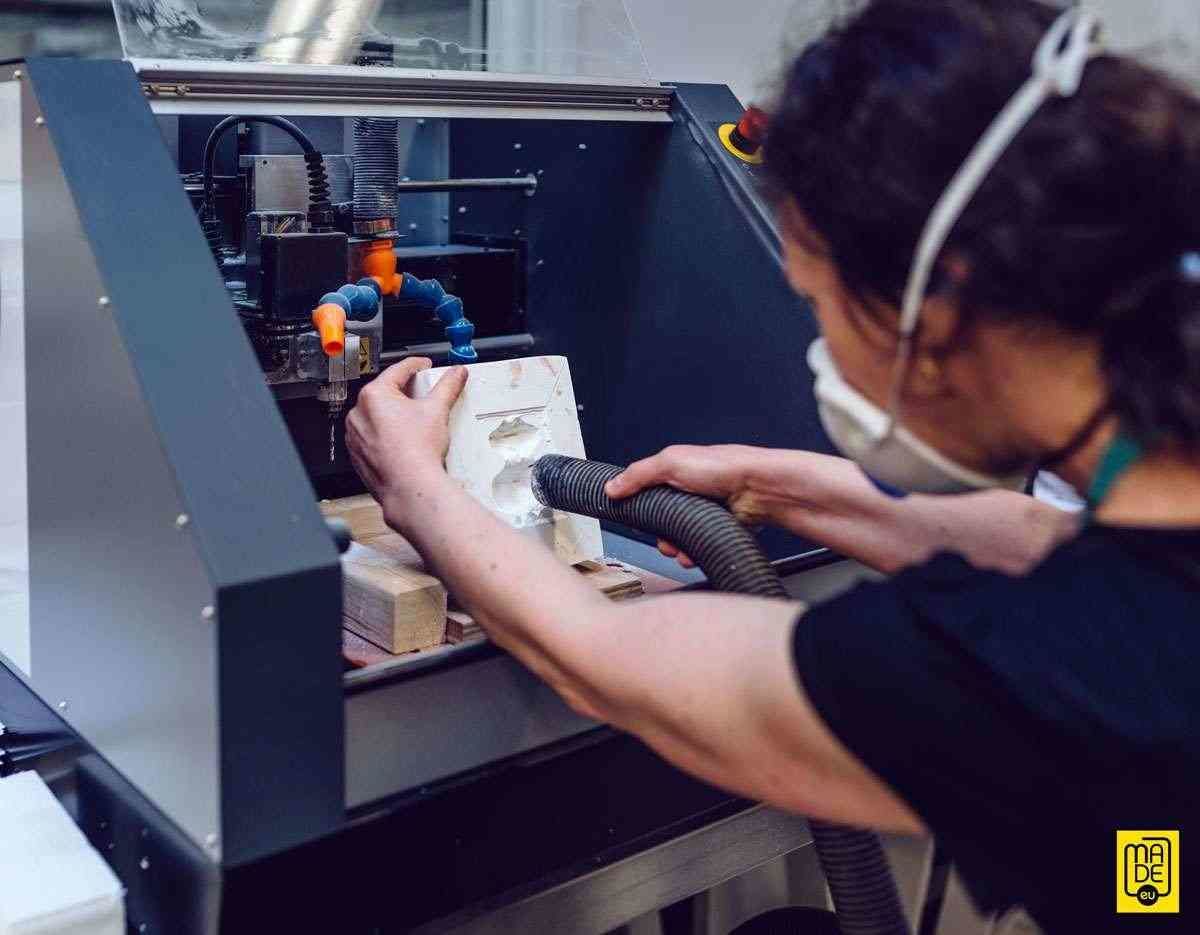 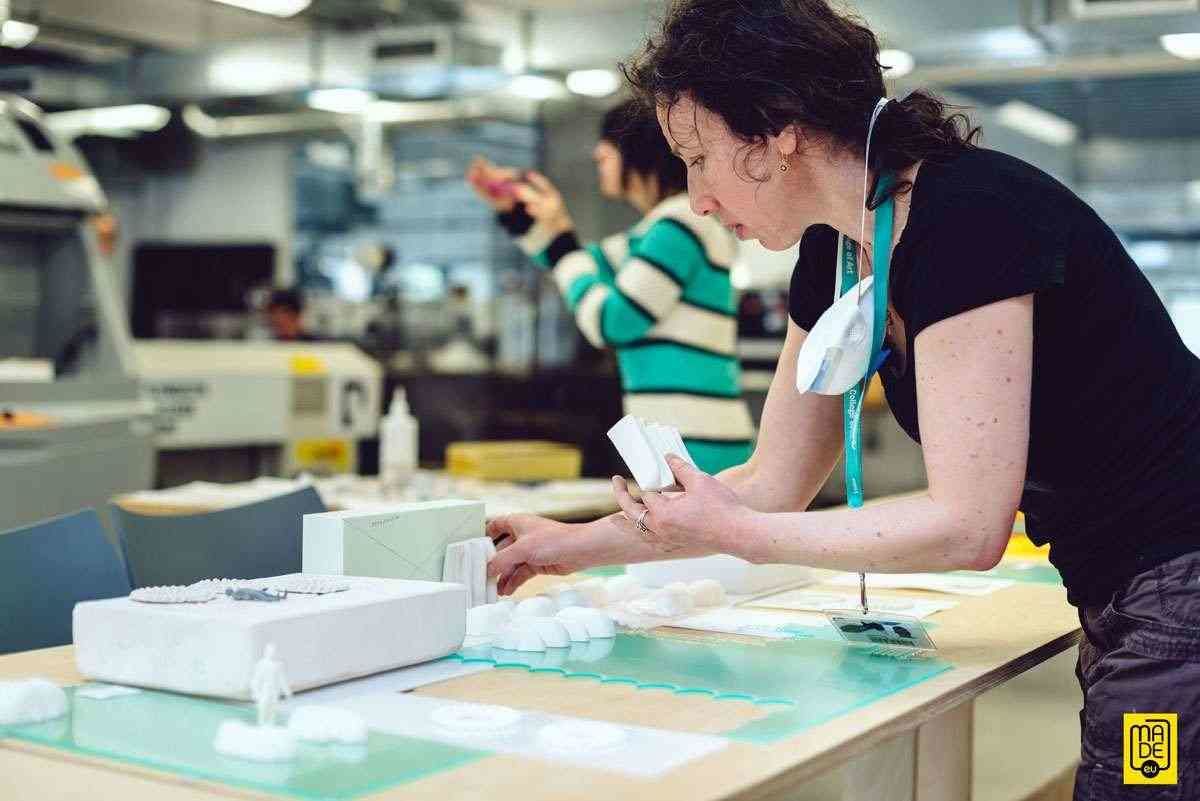 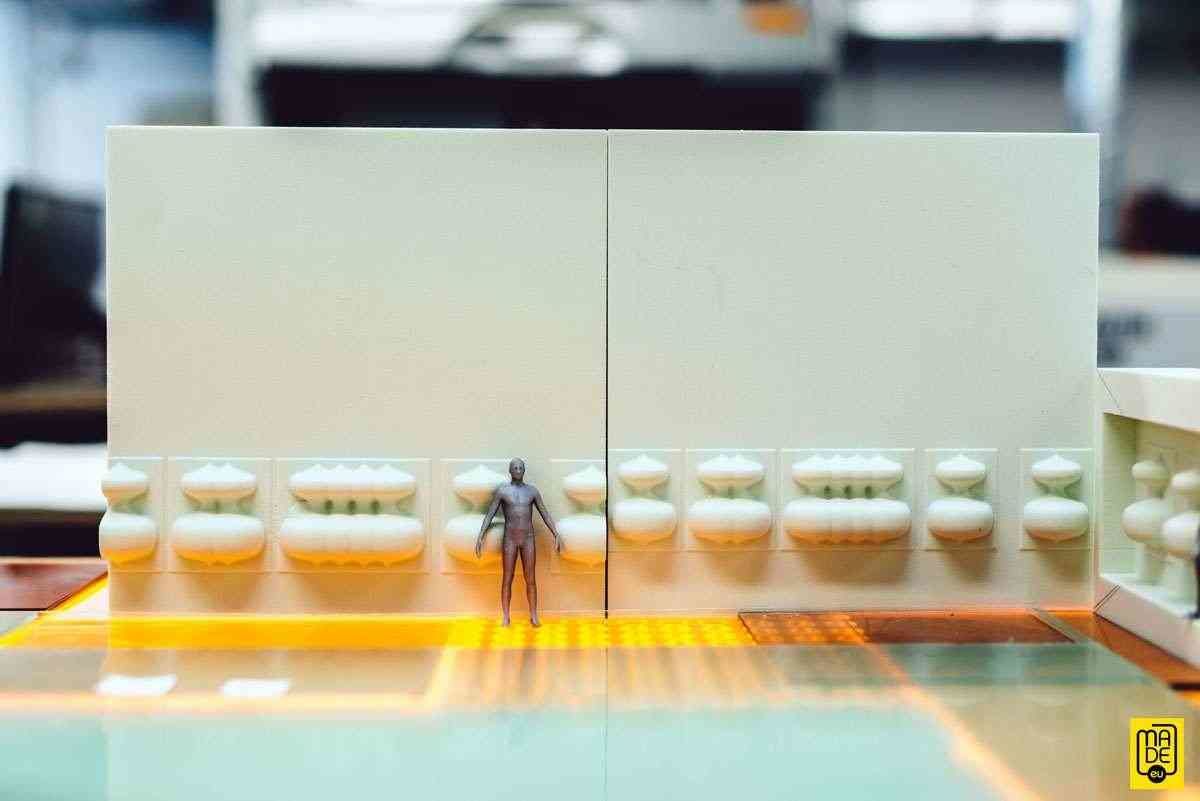 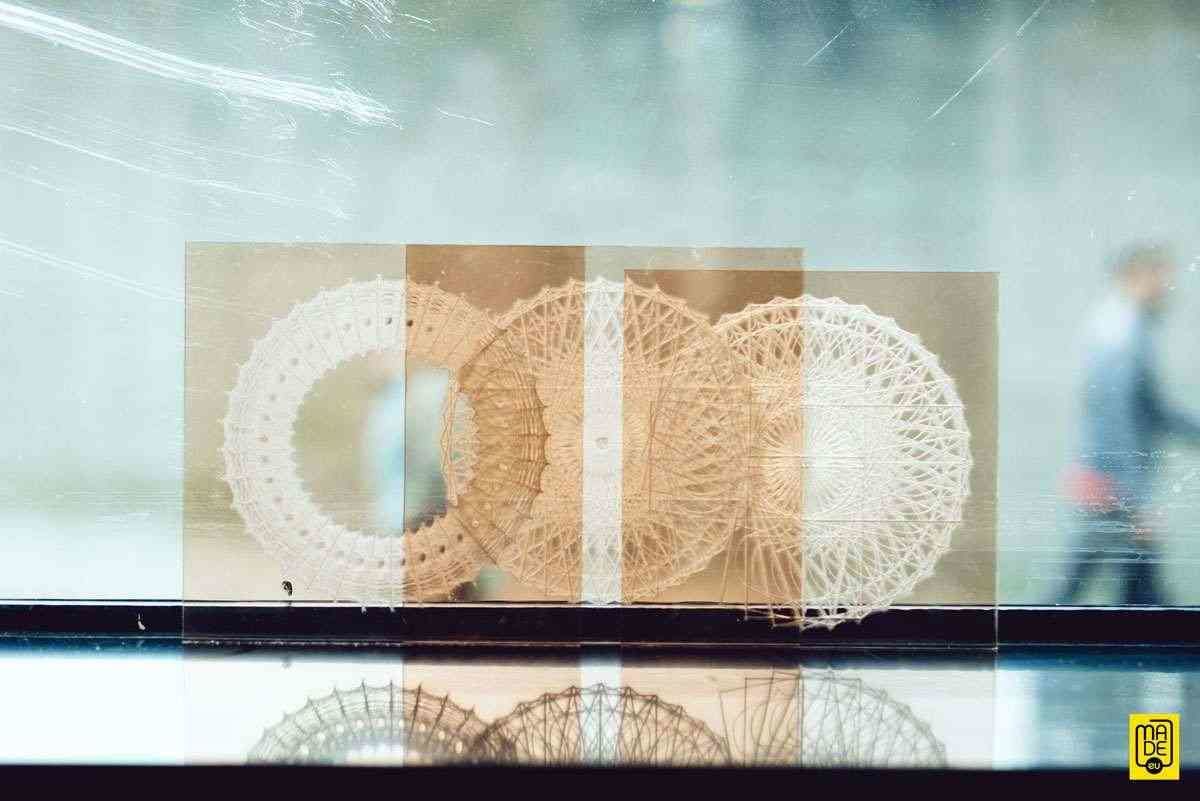 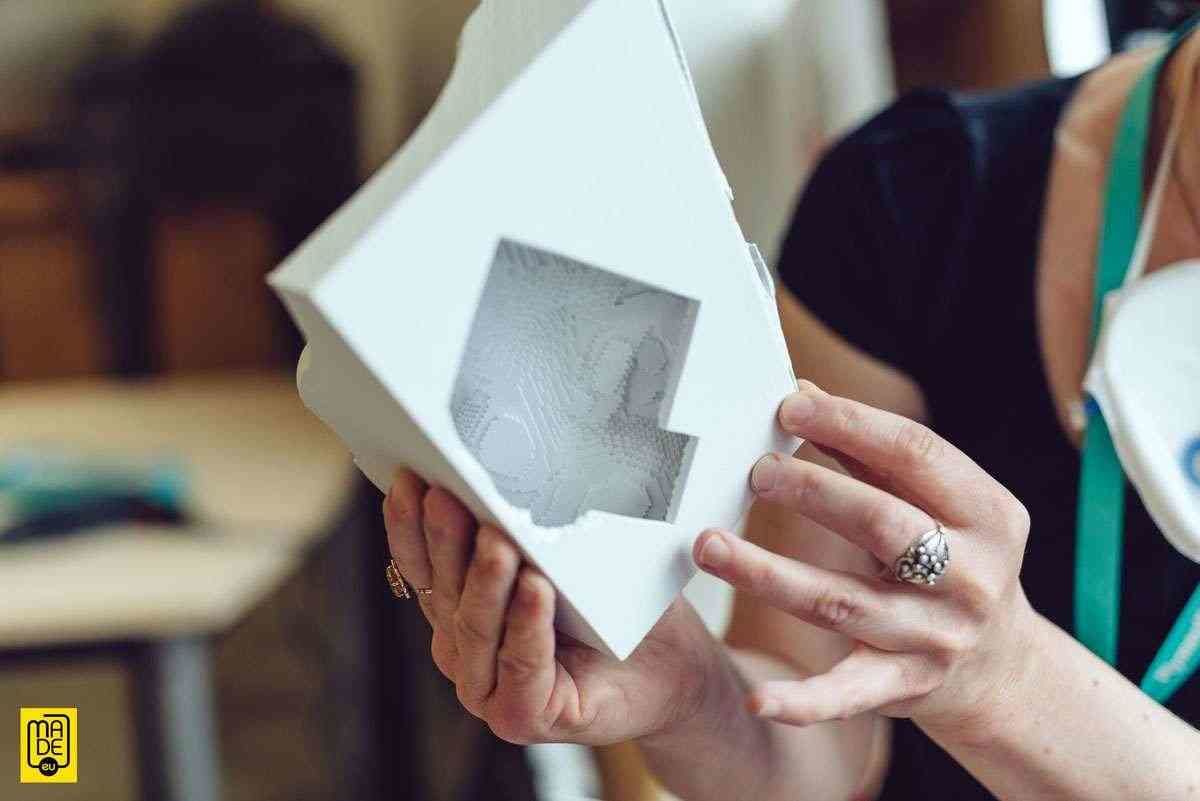 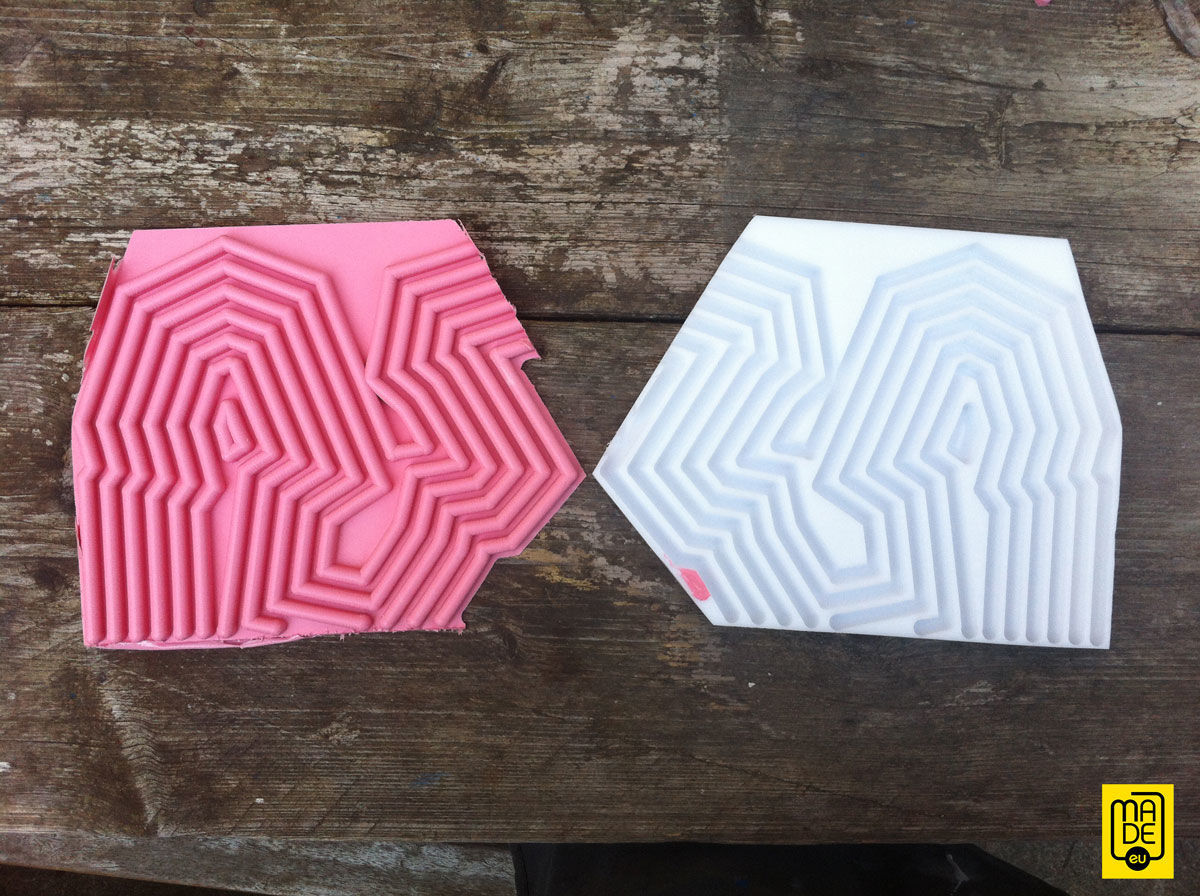 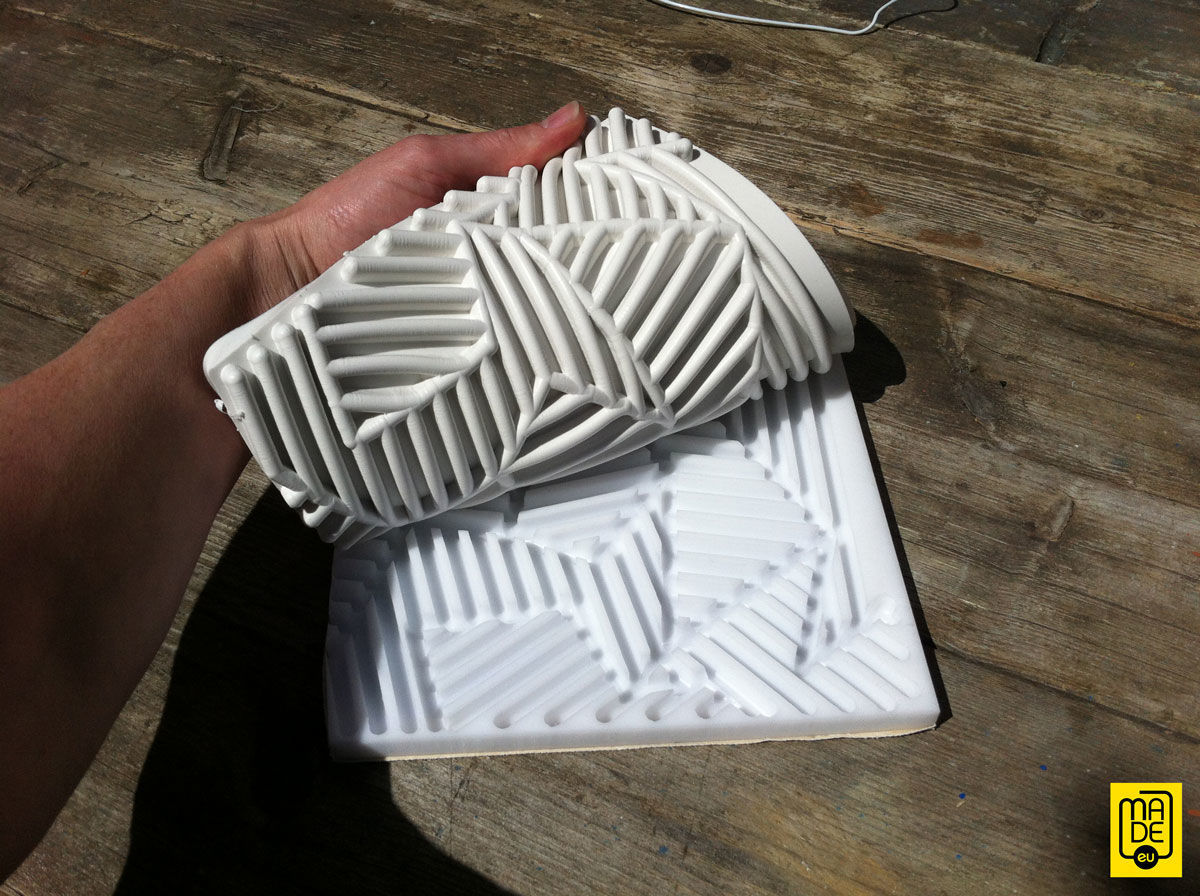 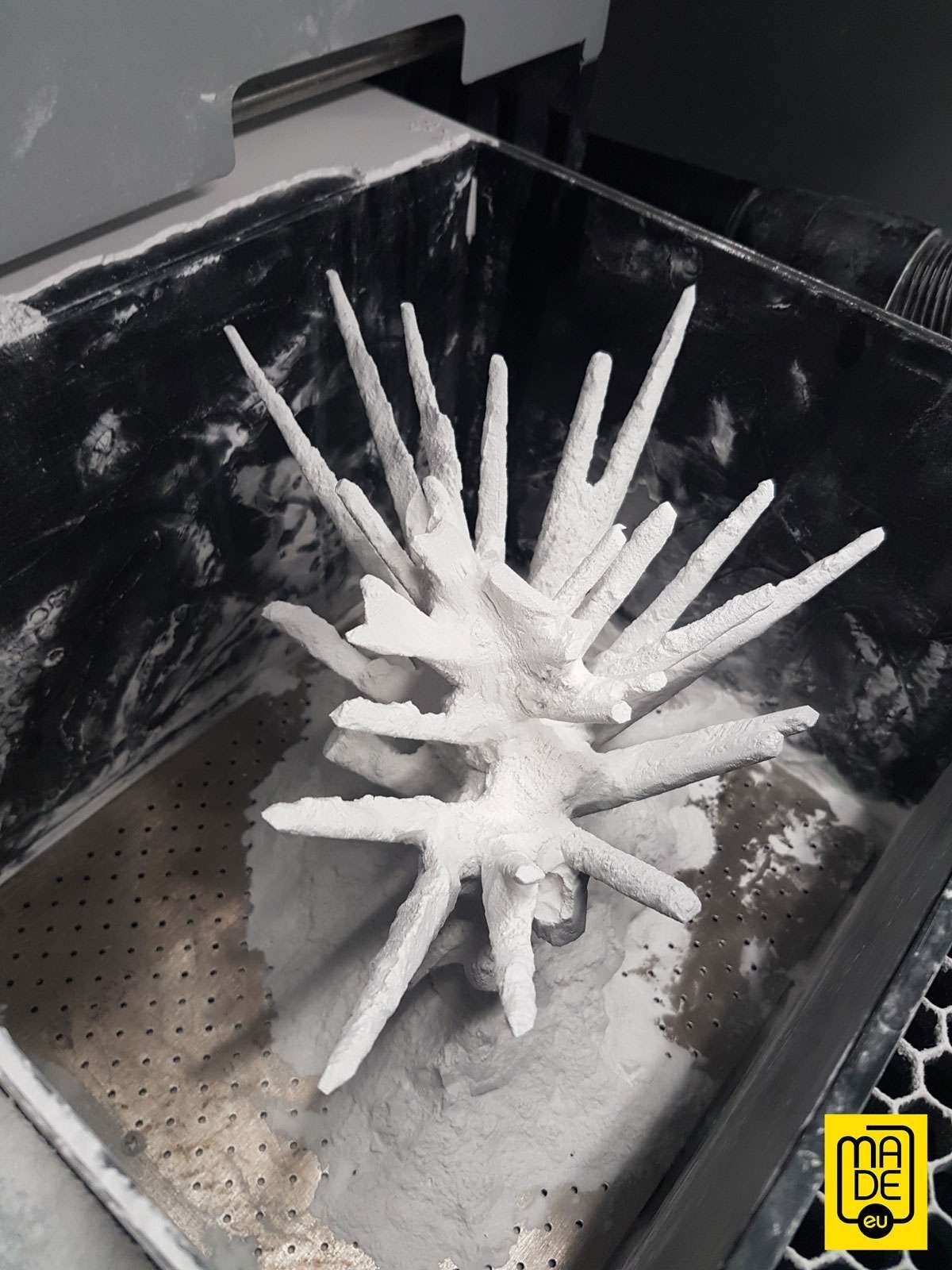 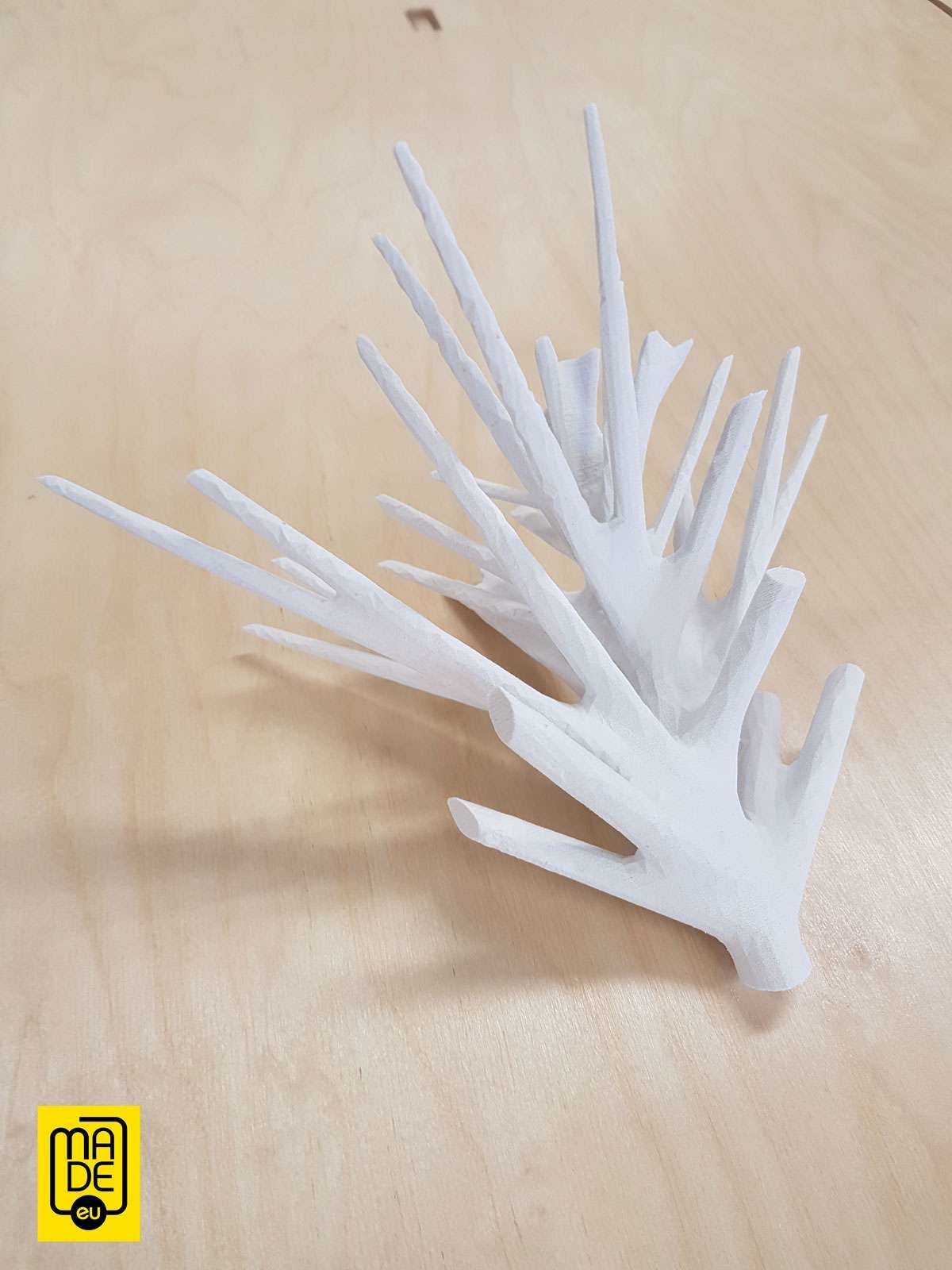 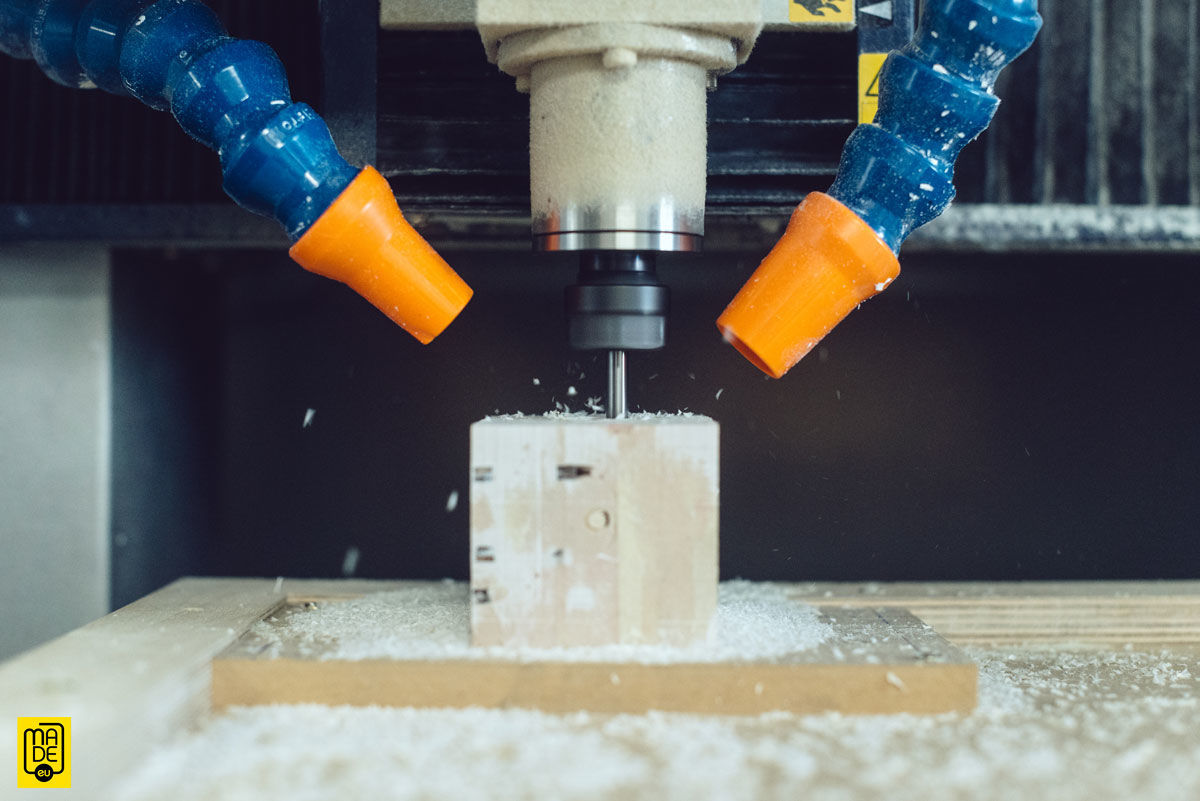 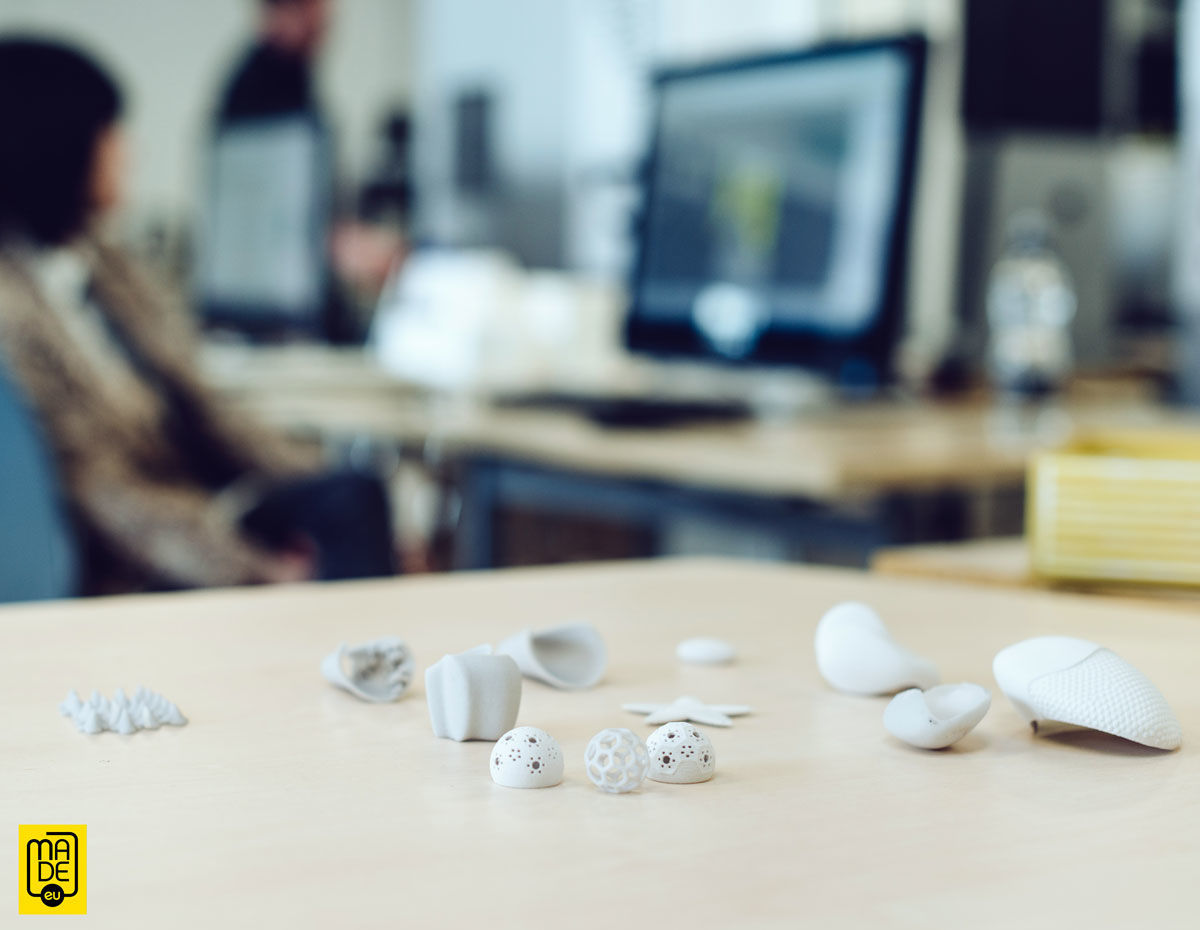 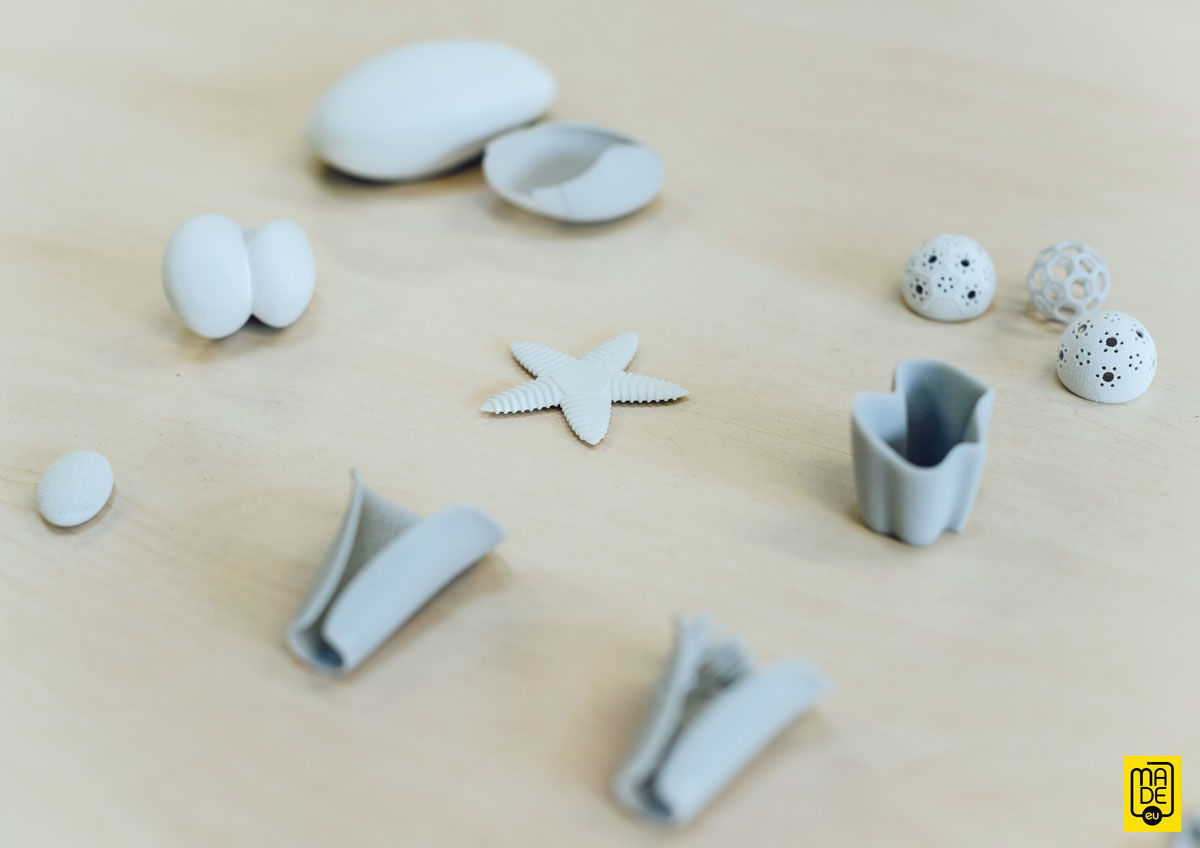 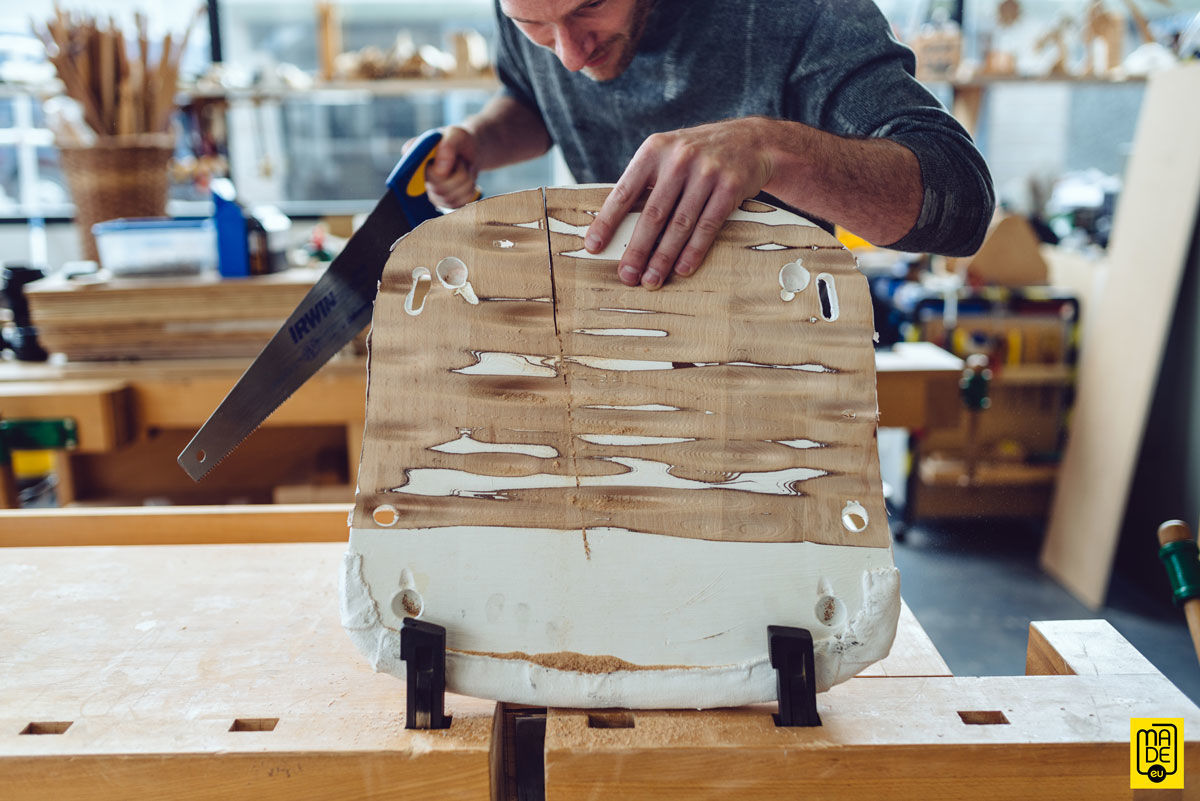 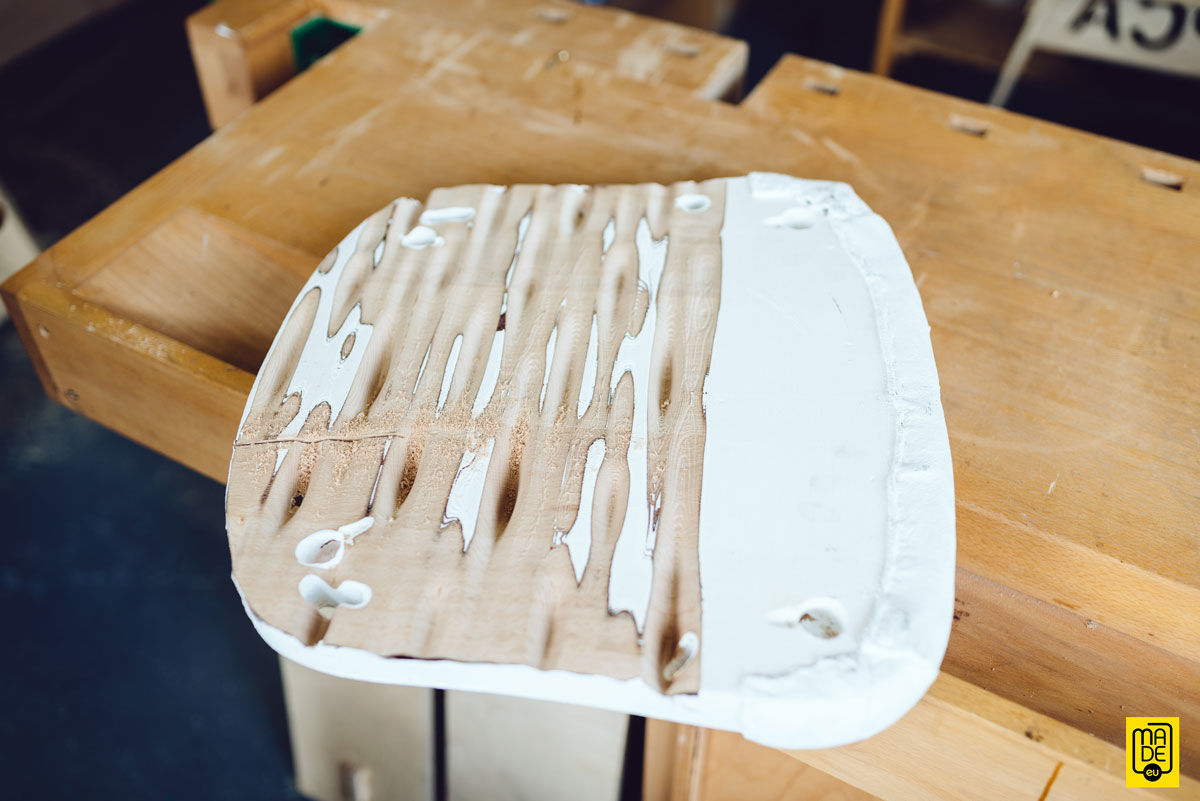 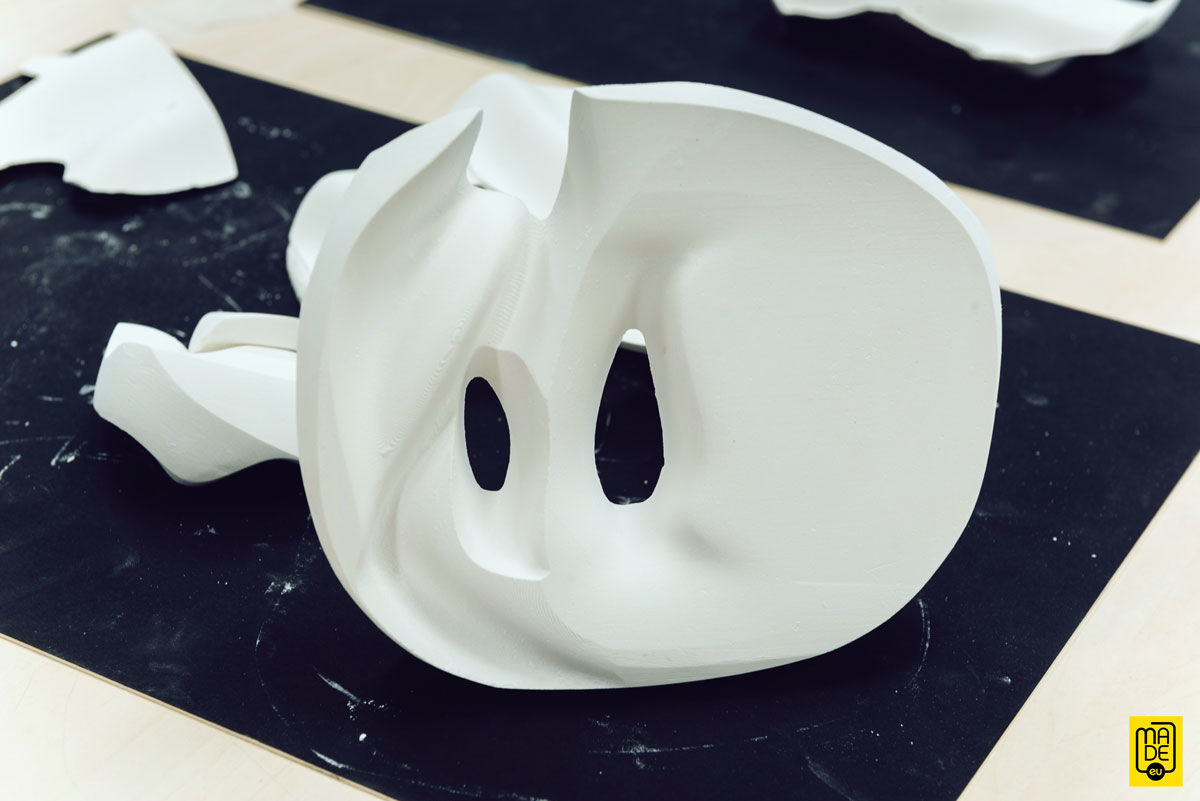 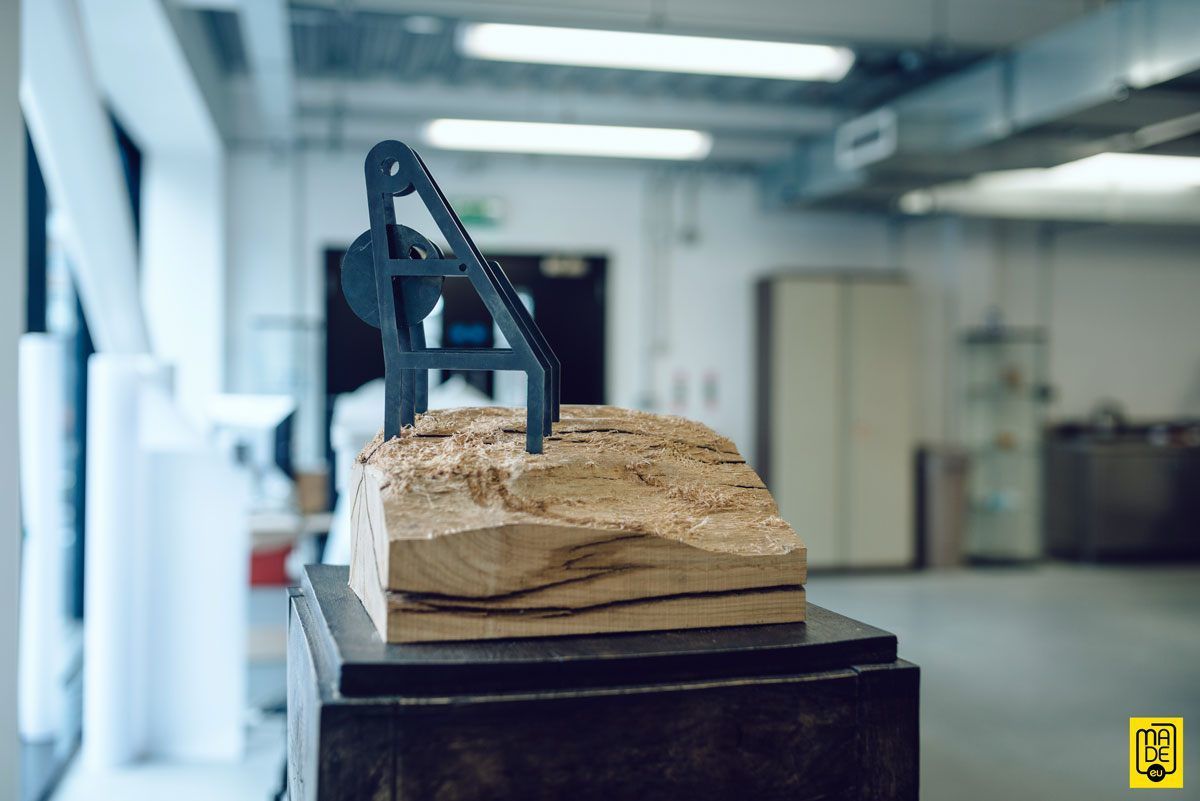 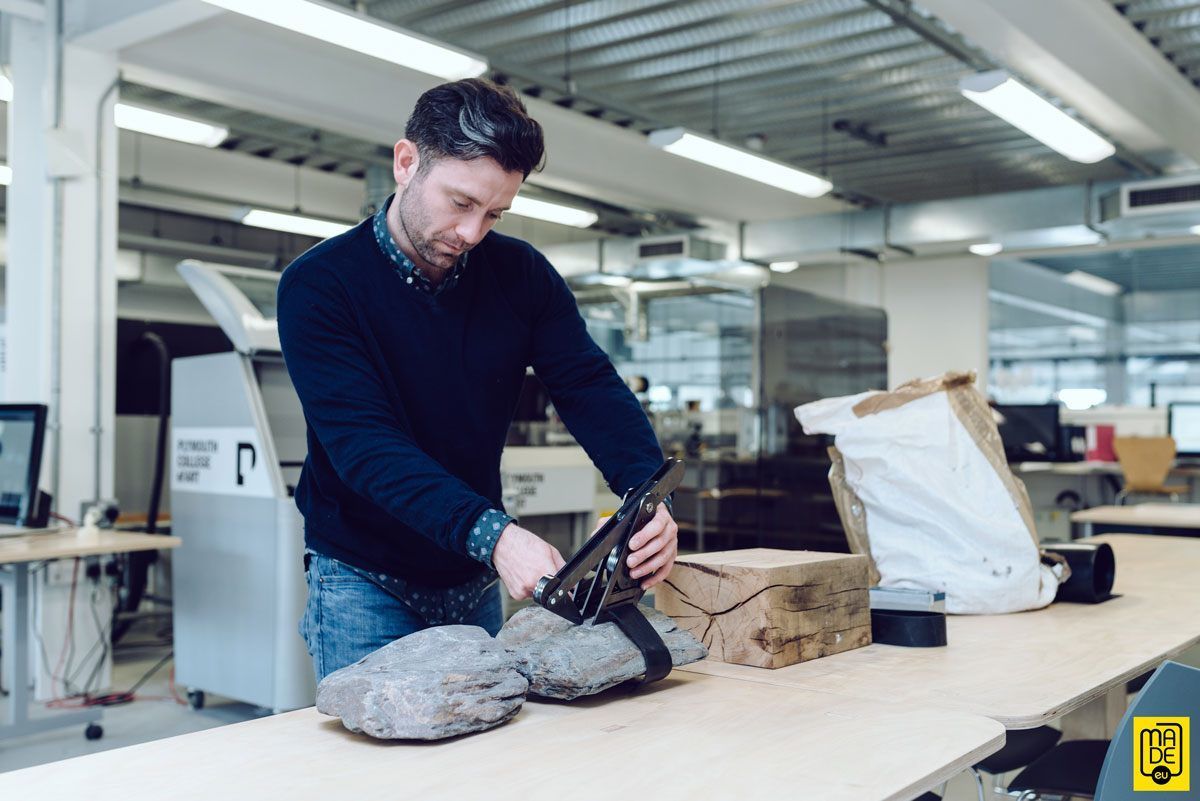 Visit the Madeat.eu Exhibition on the 21-23rd June at In3dusty in FIRA de Barcelona