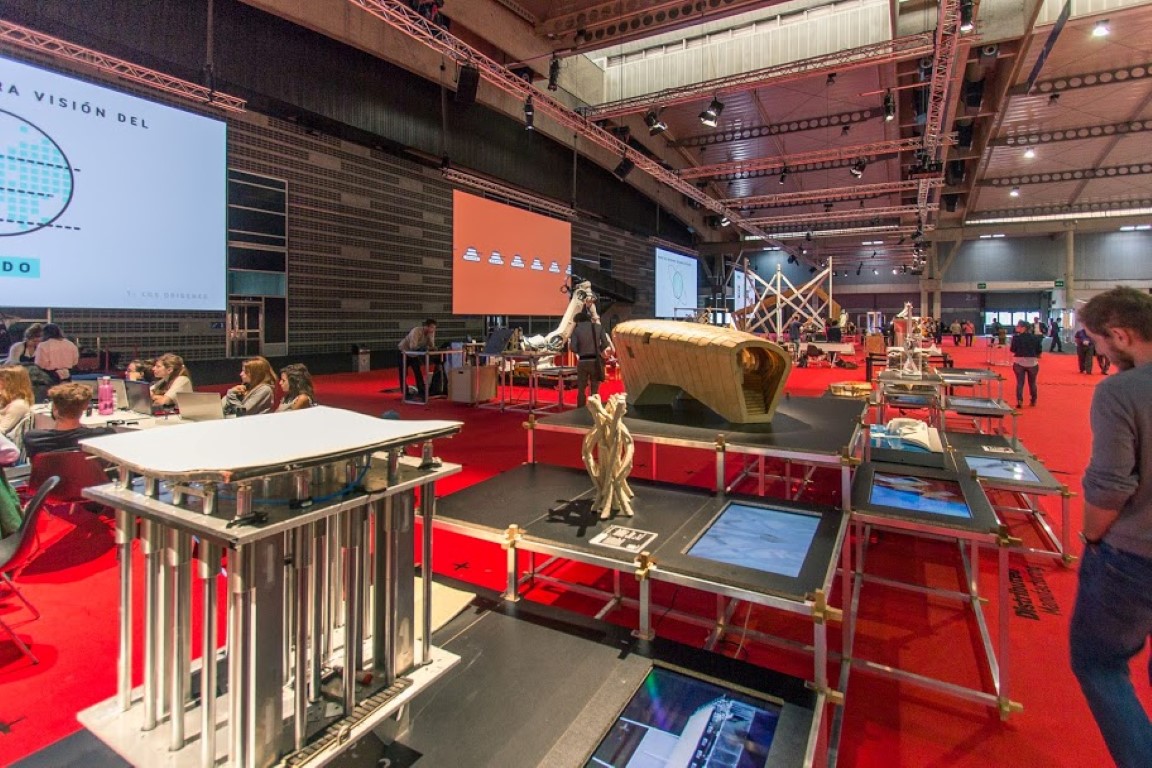 Beyond Building Barcelona 2015 was the largest reunion of the construction sector and associated industries in Spain, Southern Europe, Northern Africa, and Latin America.

The Pavilion of Innovation 2015 in Beyond Building Barcelona, curated by IaaC | Fab Lab Barcelona, presents new ideas and construction paradigms emerging from international excellence in research and pilot projects, forming the basis of future buildings and cities.

The total area of the exhibition was 700 square meters, where 40 projects were exhibited accompanied by 4 big wall projections, explaining the evolution of construction through ages.

The design of the exhibition has been based on a recursive subdivision algorithm that splits the 3D space in bigger and smaller parts. In such a way, a flexible exhibition area has been generated, capable of hosting exhibits of different scales. The movement of the visitors and the 11 big areas of interest set the input parameters of the design, maintaining paths around the different groups of exhibits, based on their thematology.

The exhibits have been placed on two different sized rectangular modules. The display system was divided into 3 pieces: the joints or knots, the supports and the boards. The knots is a Japanese joinery system that has been milled with a CNC machine from Teak wood. It is the union of 3 wooden pieces assembled together to form a matrix, with a smaller end to fit into the supports.

The supports consist of aluminum square section tubes of different length in order to assemble display tables of different sizes. The boards are melamine wood, cutted to fit into the frame produced by the tubes and the joints. Once assembled, the modular system allowed to create different levels and configurations.

Different sized modules of different heights have been grouped together forming distinctive families. The final result was a setting of several “islands” dividing the space in 11 areas related to the 4 large themat: Responsive Environments, Rapid Prototyping, Programmable Matter and Distributed Manufacturing. 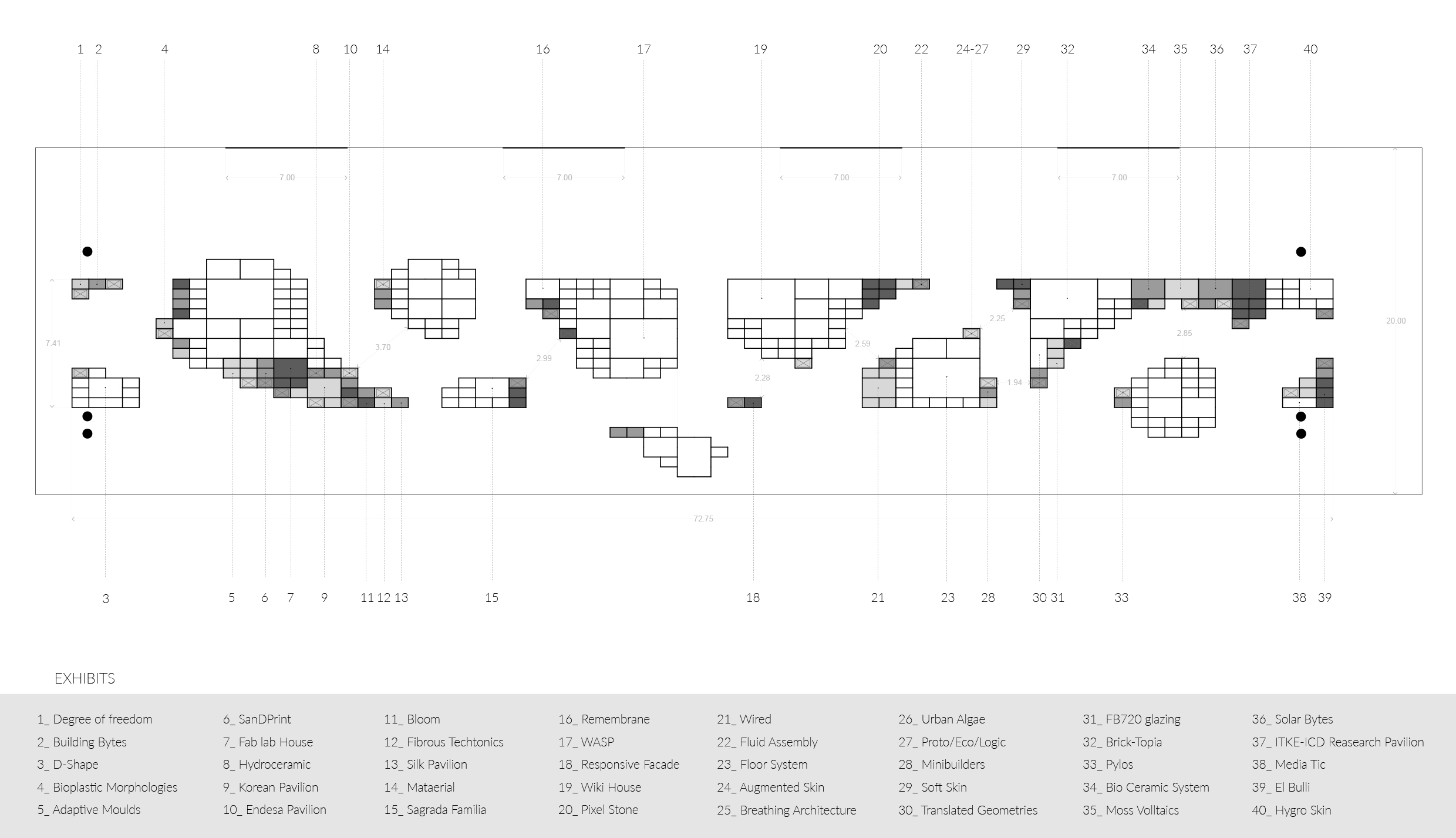 The Pavilion of Innovation 2015 also hosted events such as workshops for professionals, a symposium and a round table, where pioneer architects and designers discussed about the future technologies and innovation in construction.